The way to success

In 1942 Kuibyshev Aviation Institute has been opened in the difficult wartime for the country. About 30 enterprises and the war industry organizations have been evacuated to Kuibyshev. The manufacture of the attack plane IL-2, which was the most mass plane of the Second World War, has been organized here. The front was in need of airplanes, and plants required engineers. The decision to found Kuibyshev Aviation Institute was accepted for the preparation of the engineering staff. 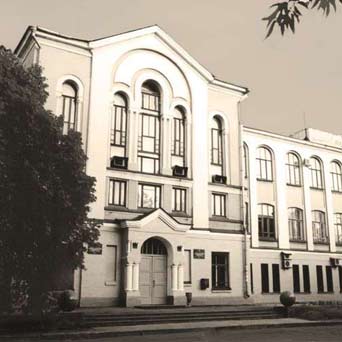 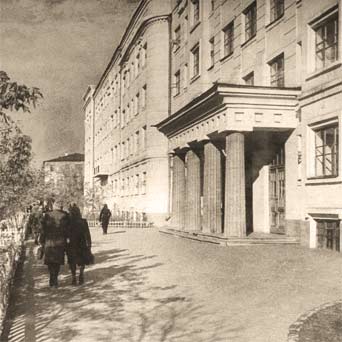 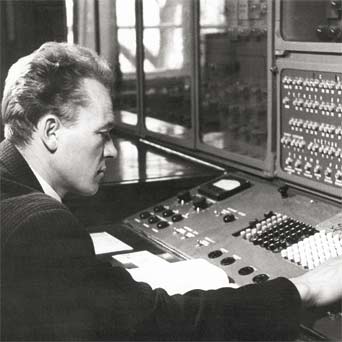 According to the order of Soviet-Union committee on higher school affairs at Soviet People Commissars of the USSR, in October 1942 the training has begun at the institute, the first graduation has been carried out in 1944.

The outstanding scientists were among the first teachers. They were evacuated from the Moscow, Leningrad, Kiev, Harcow and other cites of the USSR. There were the future vice-president of AS USSR M.D. Millionshikov, the corresponding member of AS Belorussia SSR M.G. Krain, the professors: A.M. Soifer, N.I. Reznikov, M.I. Razumihin, V.M. Dorofeev, A.A. Komarov and others. They have rendered assistance to the enterprises of the aviation industry in the preparation of the specialists, the decision of the specific problems of the manufacture, the creation and the implementation of the new engineering developments and the technologies.

The recourse-and-technical base and the research activity developed in the post-war years along with the expansion of the directions of the specialists’ preparation. The research activity has been directly connected with development of the production of the newest models of the aeronautical engineering including the first jet fighters and the bombers such as MIG-9,MIG-15, MIG-17, IL-28, TU-16, TU-95, the creation of engines VK-1, NK-12 and others.

In 1957 the specialists’ preparation has begun on the rocket and space engineering at the institute. The scientists and the specialists of the institute took part in the elaboration and development of the production of the first native intercontinental ballistic missiles R-7, R-7A, R-9; the carrier rockets “Vostok”, “Molniya”, “Souz” and their modifications; participated in creation of the rocket and space complex for providing with the manned flight on the Moon under the project of S.P. Korolyov, the aerospace systems “Energia-Buran”; developed the different kinds of the space vehicles including the space devices for the national control of the terrestrial surface; participated in the preparation and the realization of programmes on the orbital complex “MIR”, in the realization of other different projects including the programmes of the international cooperation.

The Hero of Socialist Work, the professor V.P. Lukachev was the rector of the institute since 1956 till 1988. In these years the institute became one of the biggest research center of the region, which established the unique research schools first of all in the sphere of the designing of engines, the planes, the space vehicles. During this period the directions of the specialists’ preparation and the scientific researches have considerably extended at the institute. Also the contingent of the students has grown, the institute material resources have roughly developed.

At the end of the fifties the institute has stepped forward as the initiator of the creation of the industrial branch research laboratories. It has served as a powerful inpactt for development of a high school science. The famous scientists and the production workers have been employed at the institute. The academician of AS USSR and RAS N.D. Kuznetsov was the head of the Chair “Designing of Flying Vehicles Engine”, and at the same time was the general designer of the flying vehicles engine. The founder of Russian astronautics, the corresponding member of AS USSR and RAS D.I. Kozlov was the head of the Chair “Flying Vehicles” till recently; he was the general director and the general designer of the state scientific production space-rocket center “Central Specialized Design Bureau Progress”.

The creation of the unique material MR (metal-rubber), which is widely applied all over the world to manufacture the vibration damping complex in the difficult units, and the elaboration of the whole scale of the micropower plant and the original refrigerating plants with use of the vortical effect, the production of the material by the method of the powder metallurgy and others can be noted among the scientific developments of 50-70th years. The scientific results of the scientists of the institute were applied at designing and manufacture of the air planes TU-144, TU-54, IL-76, IL-86, IL-114 and others.

In accordance with the decision of the Central Committee of the Russian Communist Party of the Soviet Union (CPSU) and the USSR Counsil of Ministers of “Memory perpetuating of the academician S.P. Korolyov” № 136 from the 22nd of February, 1966 Kuibyshev Aviation Institute was named after academician S.P. Korolyov. In accordance with the Decree of the Presidium of the Supreme Soviet of the Supreme Soviet from the 7th of January, 1967 Kuibyshev Aviation Institute was awarded the order of the Red Banner of Labour, in connection with its the 25 anniversary.

The research works in the sphere of the vibration durability and the reliability of engine, the optimization of the processes and the systems of the movement control of space vehicles, the researches in the sphere of the computer optics and other high technologies had wide development in 70-80th years. At this time the alternation of generations of chairs and faculties heads has occurred, the network of dissertation councils has extended, the contacts with the Academy of Sciences of USSR, with the scientific organizations and industrial enterprises of the country have become stronger at the institute.

In 1988 the professor (now he is the academician of RAS) V.P. Shorin became the rector of the institute. The Corresponding Member of RAS V.A. Soifer is the rector of the University since 1990 till 2010. In 2010, as a result of alternative choices the new rector was elected – Professor E.V. Shahmatov.

The institute was named the Samara Aviation Institute after renaming of the city of Kuibyshev into the city of Samara. In accordance with the Order of the Ministry of science, the higher school and the technical policy of the Russian Federation (RF) №1077 from the 23d of September, 1992 the Samara Aviation Institute was renamed into Samara State Aerospace University named after academician S.P. Korolev (SSAU).

In 2009, the Order of the Government of the Russian Federation № 1613-r of November 2 SSAU established the category of "national research university". For last decades of years the integration of the science researches and the educational process proceeded at the University. At present time the long-term traditions, the famous scientific schools and the material resources allow to the University to be one of the leading, scientific and educational center of Russia, to take an active part in the accomplishment of the state and the regional scientific and technical programmes, to develop the international cooperation.

For all these years the University graduated about 80 000 specialists. Many of them became the outstanding scientists, the designers and the organizers of the production, the famous statesmen and elders. Among them there are the famous chairman of Council of Ministers of RSFSR V.I.Vorotnikov, the ministers and the deputies of the ministers: S.S.Kurdukov, I.M.Burov, N.A.Dondukov, O.N.Siesuev, A.N.Geraschenko, A.G.Iljin, L.S.Svechnikov, V.V.Gorlov, the academician of RAS V.P.Shorin, the governor of the Samara region K.A.Titov.

During semicentury almost all leaders of the aerospace enterprises of the Samara region were and are the graduates of the KuAI-SSAU. The University is proud of them.

Samara National Research University (Samara University) is one of the leading Russian universities, highly-regarded not only in Russia but abroad. Samara University trains specialists in rocket and space engineering, aviation, radio electronics, metallurgy, the automotive industry, the information-and-communication industry, and other fields.

Its student body includes students from Russia, other CIS countries, countries of Western Europe, South America, China, Southeast Asia and Africa. Every student here can find a major for him- or herself and is on his way to a prestigious degree. University graduates are awarded state diplomas as specialists, bachelors and masters.

The university is among the country’s leading federal and regional innovative education institutions.

Today, the University provides education in 304 programmes. The University is home to 13 Doctor and Grand Doctor Dissertation Councils. The University’s faculty includes 5 members and corresponding members of the Russian Academy of Sciences, around 100 members and corresponding members of the Public Academy of Sciences, 53 winners of Lenin, State and other prizes. 75 faculty members hold state awards, and 70 have received distinguished lifetime service awards. Teaching staff includes 1456 professors and lecturers. Internships for university students are organised at 57 enterprises in aerospace and other industries in the region and across the country. Samara University students are awarded stipends on an annual basis by different enterprises.

In 2006, as part of the Priority National Project on Education, the University won the national contest among universities working on innovative educational programmes with its project “Development  of the Centre of Competencies and Training World-Class Experts in Aerospace and Geoinformation Technologies.”

In 2009, the University became one of 14 higher education institutions in Russia to be awarded the status of National Research University.

Samara University has been recognised as the key university for the aerospace cluster of Samara Region. The University cooperates with science centres and corporations in the Russian aerospace industry. Over the past decade, the University has continued blending research and educational activities. Many years of tradition, authoritative science schools and resources allow the University to remain one of the leading educational and research institutions of Russia, participate in state and regional science and technology programmes, and foster international cooperation.

Over the long years of its history, the University has trained more than 50,000 highly-qualified experts, many of whom have become renowned scholars, designers and managers, prominent public and government figures. Over the past fifty years, almost all heads of aerospace institutions in Samara Region were and are graduates of KuAI and SSAU. The University is proud of its alumni!