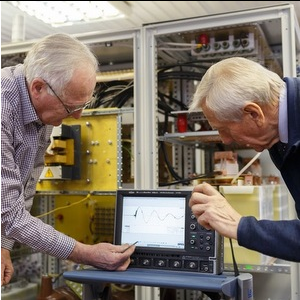 16.04.2020 2020-04-16 1970-01-01
Samara University has developed and manufactured the most powerful industrial magnetic pulse installation (MIU) in Russia, which is planned to be used for the production of large-sized aircraft and helicopter parts. An agreement to carry out research and development work to create a prototype of such an installation was concluded between Samara University and Novosibirsk State Technical University (NSTU). Samara University will transfer the finished MIU to NSTU, where they will develop a technology for its application in production, after which the MIU and the technology will go to the Novosibirsk Aviation Plant named after V.P. Chkalov (part of the “Sukhoi” holding). 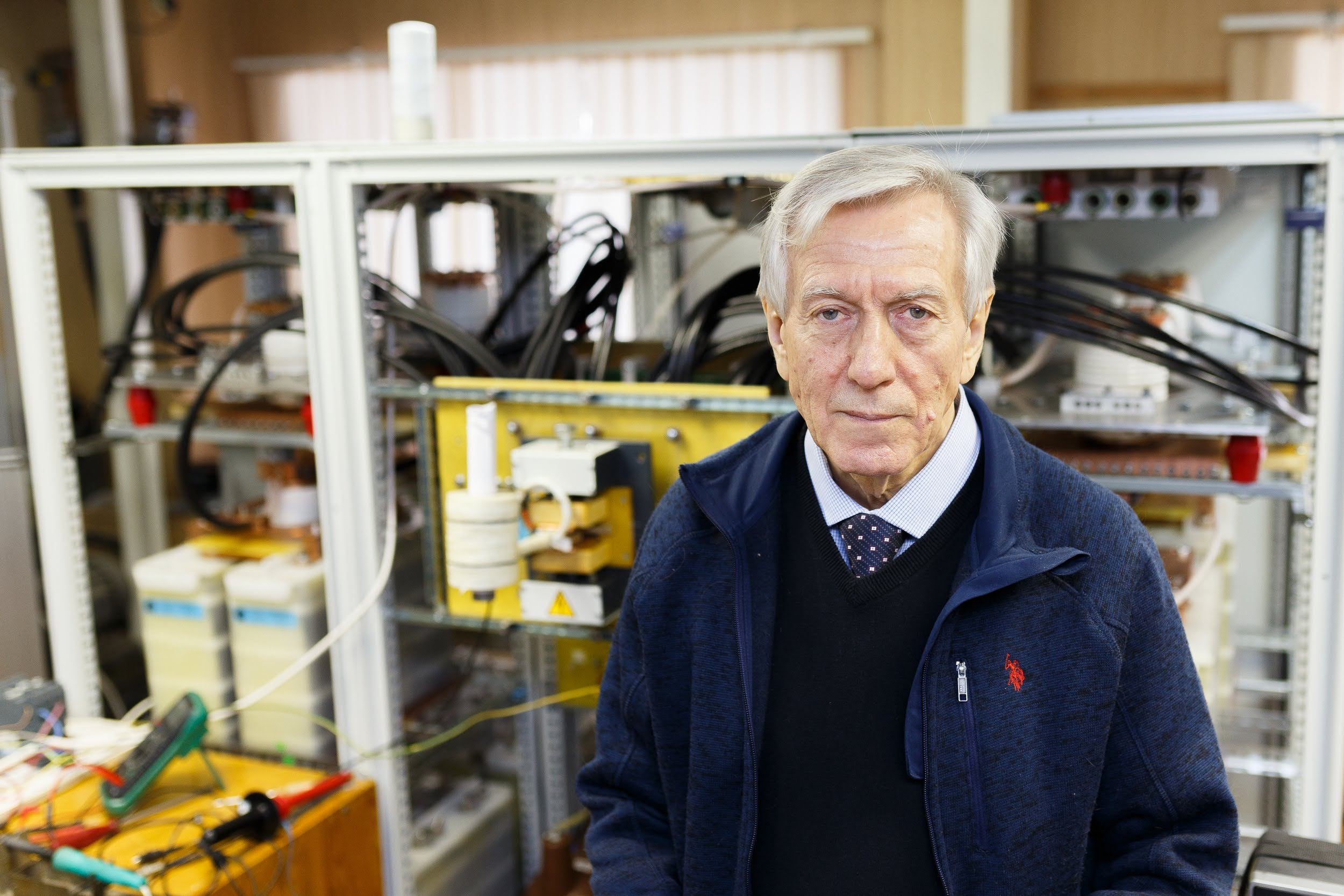 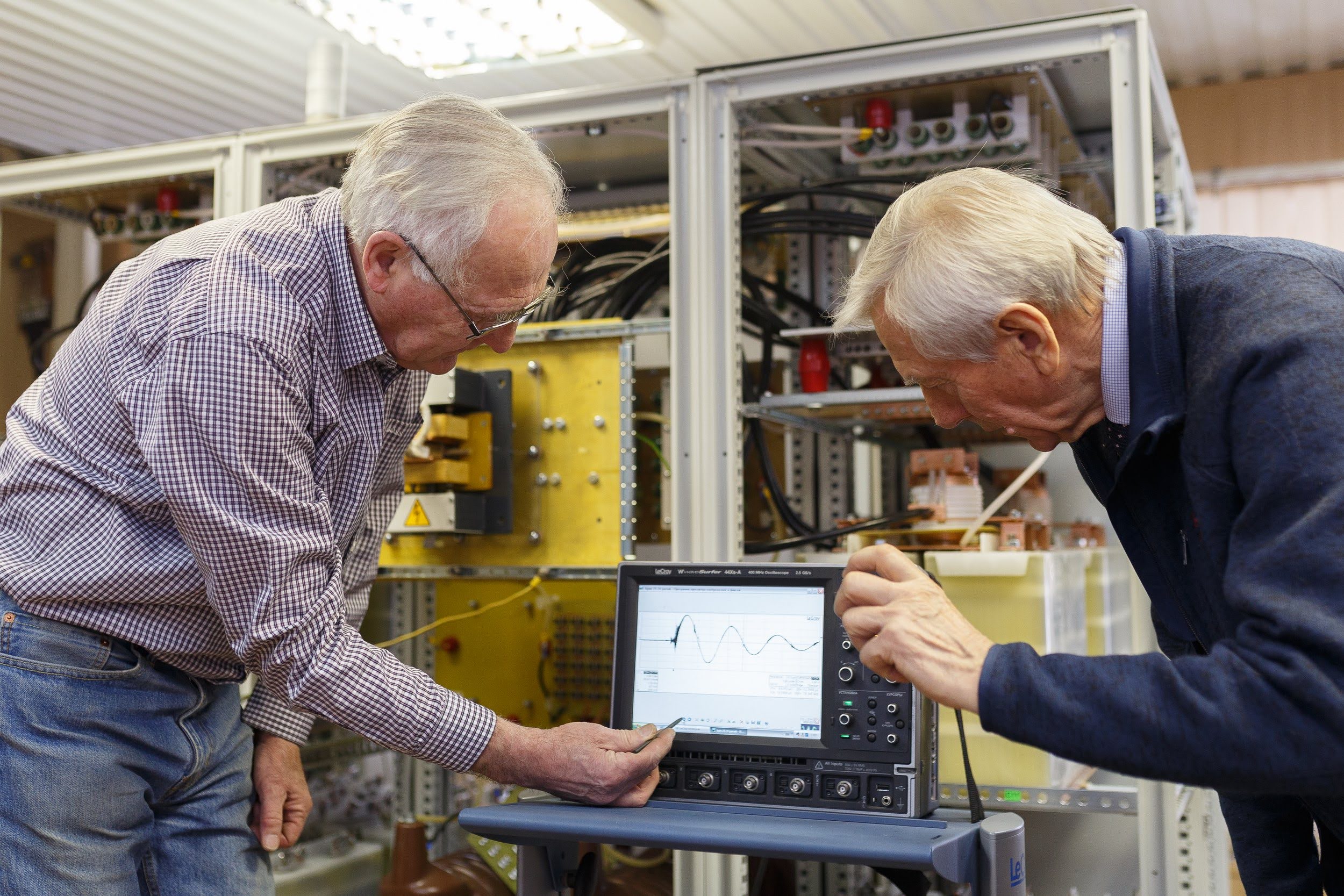 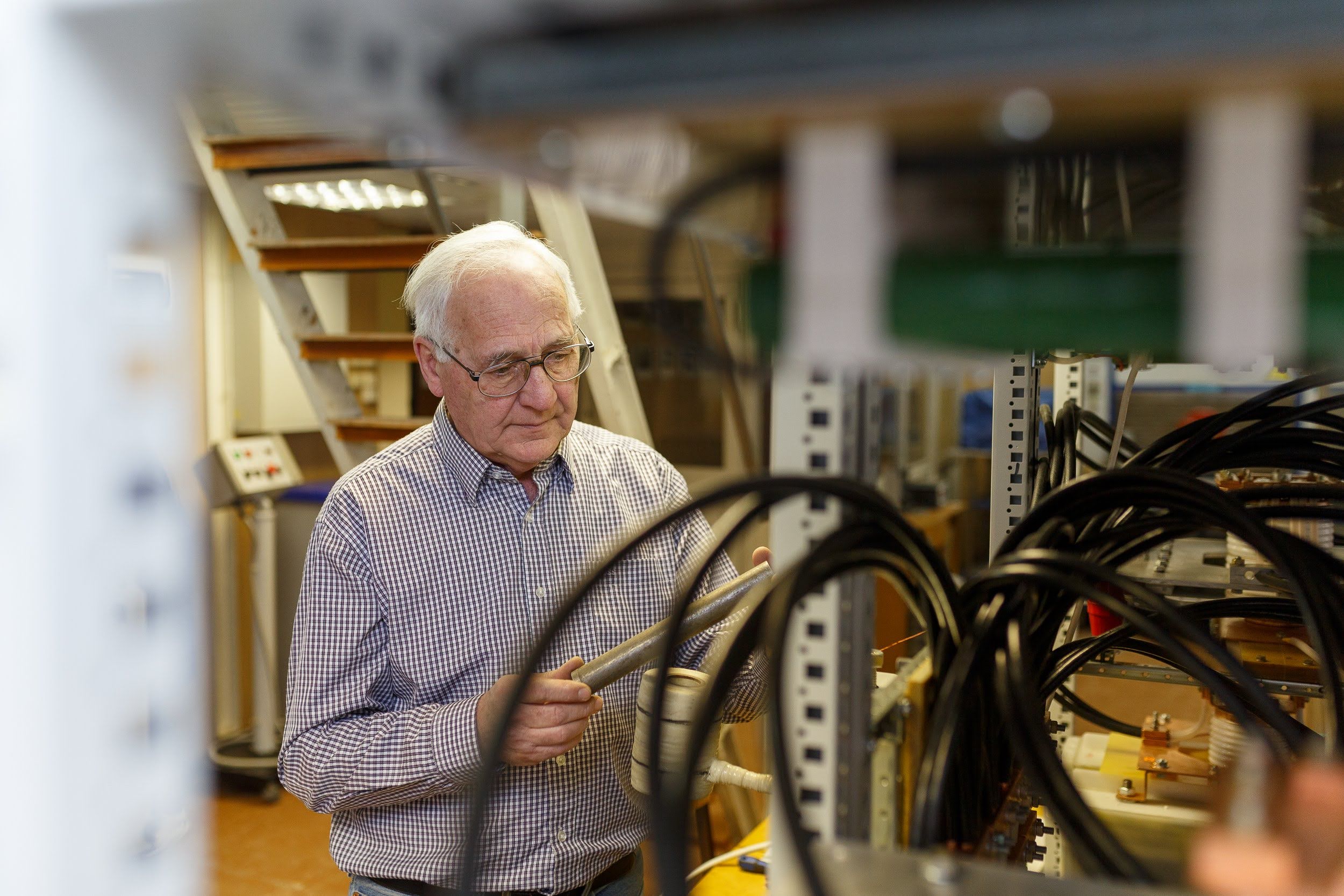 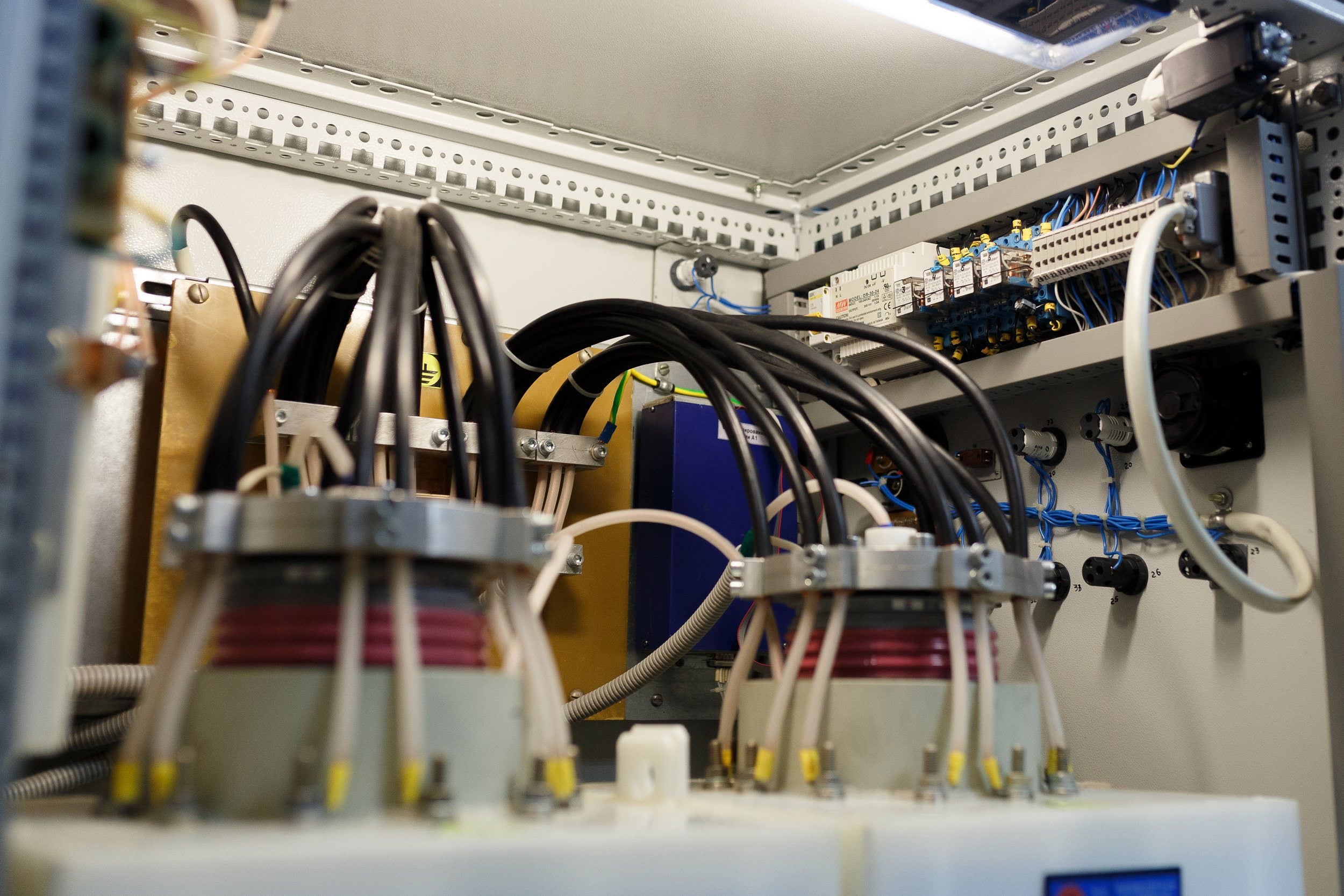 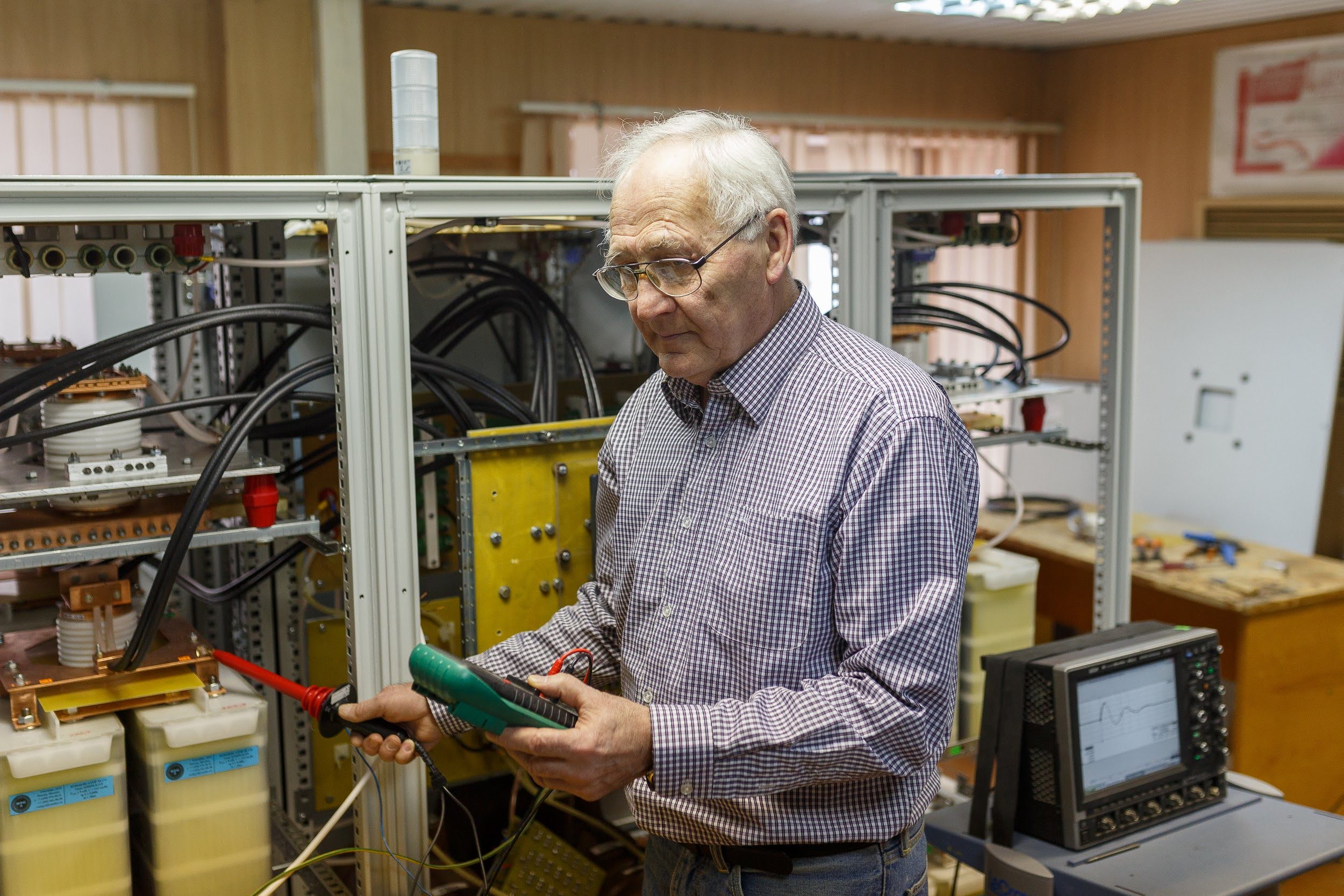 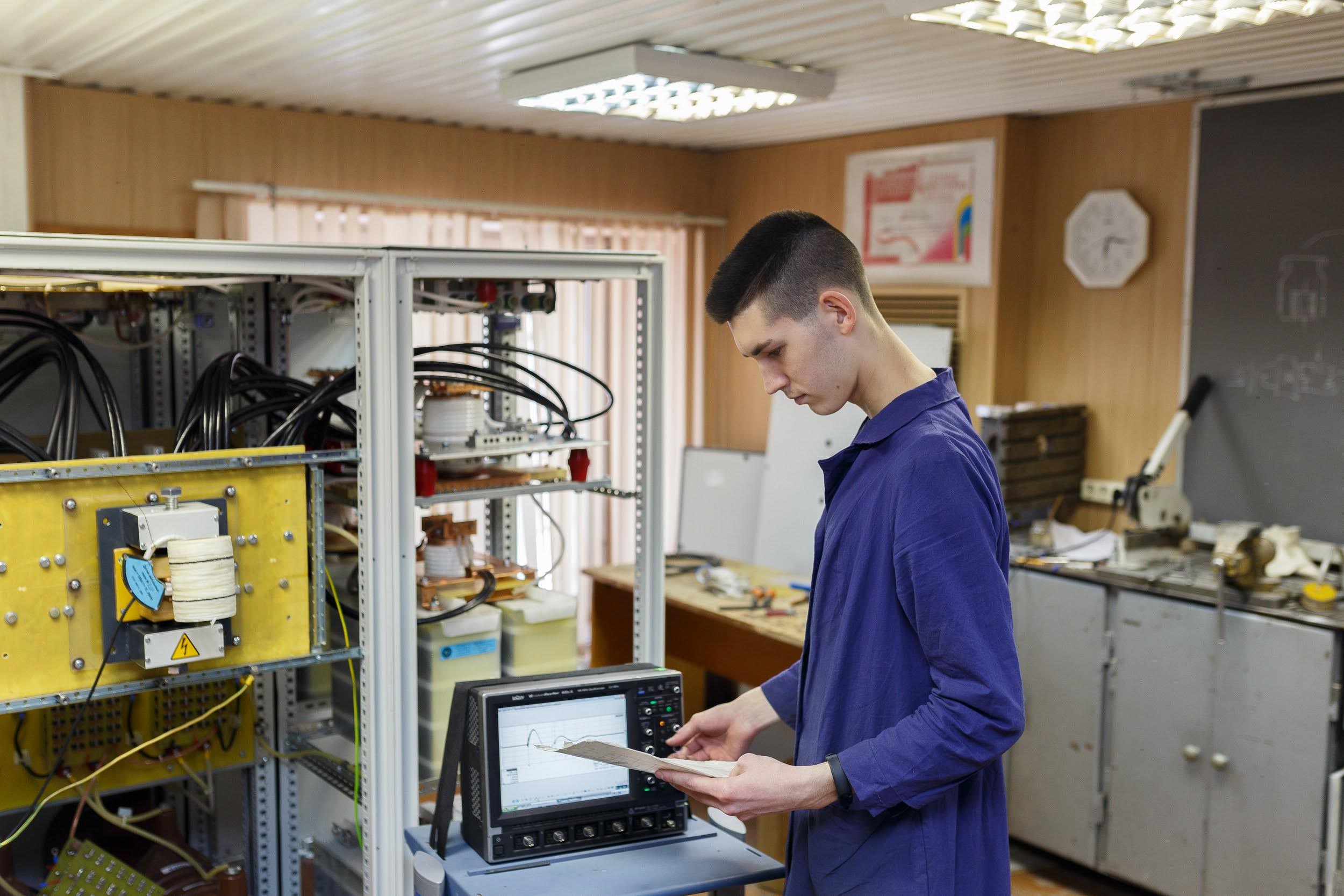 The technology of magnetic pulse processing of materials (MIOM) is based on the conversion of electrical energy stored in the drive into an alternating magnetic field, under the influence of which plastic deformation of the workpiece occurs. This technology has great opportunities in terms of giving products the desired shape. The force effect on the workpiece is carried out remotely, without contact, which allows us to process parts having a complex shape or structure, polished or painted surface, as well as affect metal melts or workpieces located in airtight containers with vacuum.
MIOM technology has been widely adopted in aerospace, automotive and other industries. Magnetic-pulse installations are used for a large number of technological operations - stamping, cutting, assembly, pulse welding and belong to the class of environmentally friendly and energy-saving industries. They do not have mechanical moving parts, do not create vibration and noise during operation, do not contain toxic materials and do not pollute the environment with hazardous emissions. Energy saving is associated with the operation algorithm: in the pauses between the charge and discharge, the MIU is in standby mode and consumes minimal energy from the network.
“The total stored energy of this installation is 80 kilojoules, it is the most powerful industrial magnetic-pulse installation in Russia. Its assembly has already been completed, we applied voltage and checked the operation of all nodes, the verification showed that everything is in order. It is planned to conduct final tests in April", - said the chief designer of MIU, a senior researcher at the research laboratory of progressive technological processes of plastic deformation (NIL-41) of Samara University Rinat Yusoupov.
As Vladimir Glushchenkov, professor at the Department of Metal Processing at Samara University, noted, of course, there are MIUs with more stored energy in the country, but they are not of an industrial type, are not intended for production, and are used only for research purposes. The installation developed for the Novosibirsk plant consists of four modules of pulse capacitors of high specific energy, a charging unit with an adjustable charge voltage in the range from 1 to 6 kV, and a control system. All parts and components of the installation are of domestic production.
“Another highlight of our installation is that it is universal. We decided to do an interesting thing - to break the energy blocks into sections and make automatic switching inside. When you need less energy to produce some parts, you can turn off several sections and the installation will turn, for example, to MIU-30 and will issue 30 kilojoules, "said Rinat Yusoupov.
The creation of this installation is not the first experience of cooperation between Samara and Novosibirsk Universities with the Novosibirsk Aviation Plant: with the participation of scientists from universities in 2016, a plant was created at the plant for crimping cable lugs of control systems.
For reference
Currently, there are only three world competence centers in the development of magnetic pulse installations for industrial production: in Russia, Germany and France. The Russian center is represented by Samara University.
The university has been researching in the field of magnetic pulse technology for several decades. At the University, at the Department of Metal Forming, a scientific research laboratory NIL-41 was formed under the guidance of Professor Vladimir Glushchenkov. Special stamping methods are being developed in the laboratory, among which the main place is occupied by magnetic pulse processing of metals. Laboratory scientists have developed a standard range of magnetic pulse installations.
Samara University manufactures and supplies similar installations of various modifications for enterprises in Russia and ten foreign countries, including China, the USA, Switzerland, Finland etc. and the number of countries is growing every year. MIUs are used for assembly of launch vehicle cables, high-precision stamping of aircraft parts, production of elements of pipeline systems, and welding of workpieces from aluminum and copper alloys.
Among the university’s partners is the Kuznetsov plant in Samara, where rocket engines are developed and manufactured: in 2015, the university delivered a new installation and tool to the enterprise, essentially completely updating the assembly area. The university also modernized the stamping section at the Progress Samara Rocket and Space Center, developed, manufactured, tested and commissioned a new magnetic pulse plant for the production of elements of pipeline systems. Samara University also delivered a whole line of five MIU for assembling rocket cables to the State Space Research and Production Center named after MV Khrunichev. Two MIU are working at the experimental engineering plant of the Rocket and Space Corporation “Energy” named after S.P. Korolev - at the site for stamping hull elements for missiles.
Samara MIU installations successfully operate at three enterprises in Tula, including the famous Tula arms factory. The contribution of Samara University to production is marked by a diploma of a S.I. Mosin prize. The MIU-10 model created at the university became the winner in the competition "100 Best Products of Russia". Recently, Samara engineers and doctors have been working to study the effect of a pulsed magnetic field on living cells. Research is interdisciplinary at the intersection of medicine, biology and physics. Students take active part in the work.
Photo by Sergey Semik
Share
Facebook Twitter VK Google+ OK