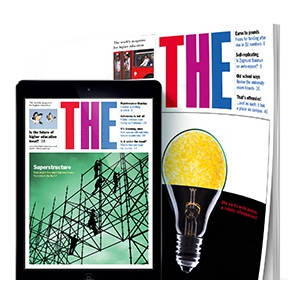 The new global University Impact Ranking 2020 was published by THE

23.04.2020 2020-04-23 1970-01-01
Samara National Research University named after Academician S.P. Korolev entered the global University Impact Rankings 2020, compiled by the authoritative British publication Times Higher Education. This year, the number of universities represented in the ranking increased from 462 universities from 76 countries to 857 universities from 89 countries.
Among the best are 47 universities, representing 24 regions of Russia, as well as Moscow and St. Petersburg. In addition to the Samara National Research University named after Academician S.P. Korolev our region in this ranking is also represented by Samara State Medical University.
The experts included Samara University in the 401-600 ranking group, along with St. Petersburg State University, Southern Federal University, Tomsk Polytechnic University and 11 other universities. Samara State Medical University took a place among the universities of the 601+ group.
The study assesses the contribution of the world's leading universities to the implementation of the 17 goals of sustainable development of mankind, identified by the United Nations and adopted by the governments of all countries. These goals are aimed, first of all, at strengthening the health of all nations, at combating inequality, poverty, hunger and the consequences of global climate change. They are also designed to help improve situation with people's access to drinking water, available energy, work and education, and are related to promoting ideas of social justice and peace. According to the UN, these goals should be achieved by 2030.
In 2020, experts in THE rankings noted the contribution of Samara University to 11 out of 17 sustainable development goals. Moreover, for four purposes of the UN, the university is included in the top 200 leading universities in the world, these areas are:
The university also, according to experts of the study, contributes to the development of goals:
Share
Facebook Twitter VK Google+ OK