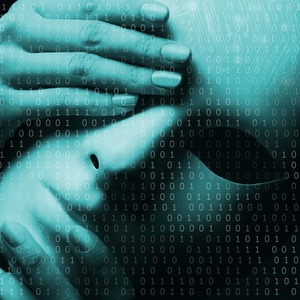 27.04.2020 2020-04-27 2020-05-19
Scientists of the Samara University together with the doctors of the Samara Regional Clinical Ophthalmological Hospital named after Eroshevsky and Samara State Medical University have created a prototype of an intelligent system that allows you to automatically plan retinal surgery to preserve vision in patients with diabetic retinopathy.
Diabetes mellitus is recognized as one of the global medical and social problems of modern society. Diabetic retinopathy is one of the most severe and common complications. This disease has become one of the main causes of visual impairment leading to irreversible blindness.
One of the effective methods of treating diabetic retinopathy is laser surgery - applying multiple metered microscopic burns (coagulates) in the area of macular edema caused by lesions of the small blood vessels of the eye retina.
The effectiveness of such a procedure depends on the experience and qualifications of a particular ophthalmologist surgeon, and the accuracy of his coagulation. In preparation for the operation, the specialist combines the data of optical coherence tomography (OCT) and the fundus of the patient on the basis of which he develops a plan of laser exposure to the affected areas.
However, manual placement is not always optimal and accurate. Standard templates are used for planning and they do not correspond to the variety of edema forms and the location of the vessels. The uneven distribution of cauterization points creates either a risk of increased trauma in areas of excessive coagulation, or reduces the effectiveness of treatment in areas where the exposure was insufficient. In addition, planning of such an operation takes a lot of time.
The use of artificial intelligence allows you to accurately segment the retina of a particular patient, to ensure the placement of coagulates exclusively in the affected area of the eye, and most importantly to dose the laser power for each cauterization point.
According to developers, the use of the system will reduce the likelihood of laser burns beyond the boundaries of macular edema by a factor of 9, reduce the preparation time for surgery and reduce the risk of postoperative complications in patients.
To date, with the help of big data technologies, an array of images of the fundus and OCT of the retina has been analyzed. Based on them, convolutional neural network models were formed for the automatic isolation of pathological structures in fundus images.
A team of scientists prepared a prototype of an intelligent system that, based on the patient’s personal history, will be able to independently formulate a treatment plan, recommend the optimal location of points and modes of laser exposure.
"The ultimate goal of our study is to provide surgeons with an intelligent system that, based on the data obtained, will output the recommended treatment plan in just a few seconds immediately before the operation," said Natalya Ilyasova, project scientific director, professor of technical cybernetics at Samara University. “The smart system will allow doctors see the recommended treatment plan for diabetic retinopathy in real time."
Research is carried out under a grant from the Russian Foundation for Basic Research (RFBR) and is designed until 2022. At the final stage of the project, scientists plan to supplement the technology with an augmented reality system, thanks to which ophthalmologists will be able to verify their actions in real time with the recommended plan of operation.
Photo: pixabay.com
Share
Facebook Twitter VK Google+ OK