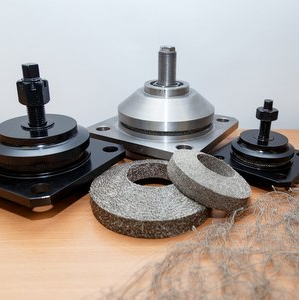 10.07.2020 2020-07-10 2020-07-15
Scientists at the Samara National Research University have developed a line of universal vibration mounts that can be used in the technology of a wide variety of industries - railway, petrochemical, energy, machine and shipbuilding. Means of protecting people and equipment from the harmful effects of vibration are made of MR material (metal rubber) - a particularly durable and yet flexible material originally developed by university scientists for use in space. 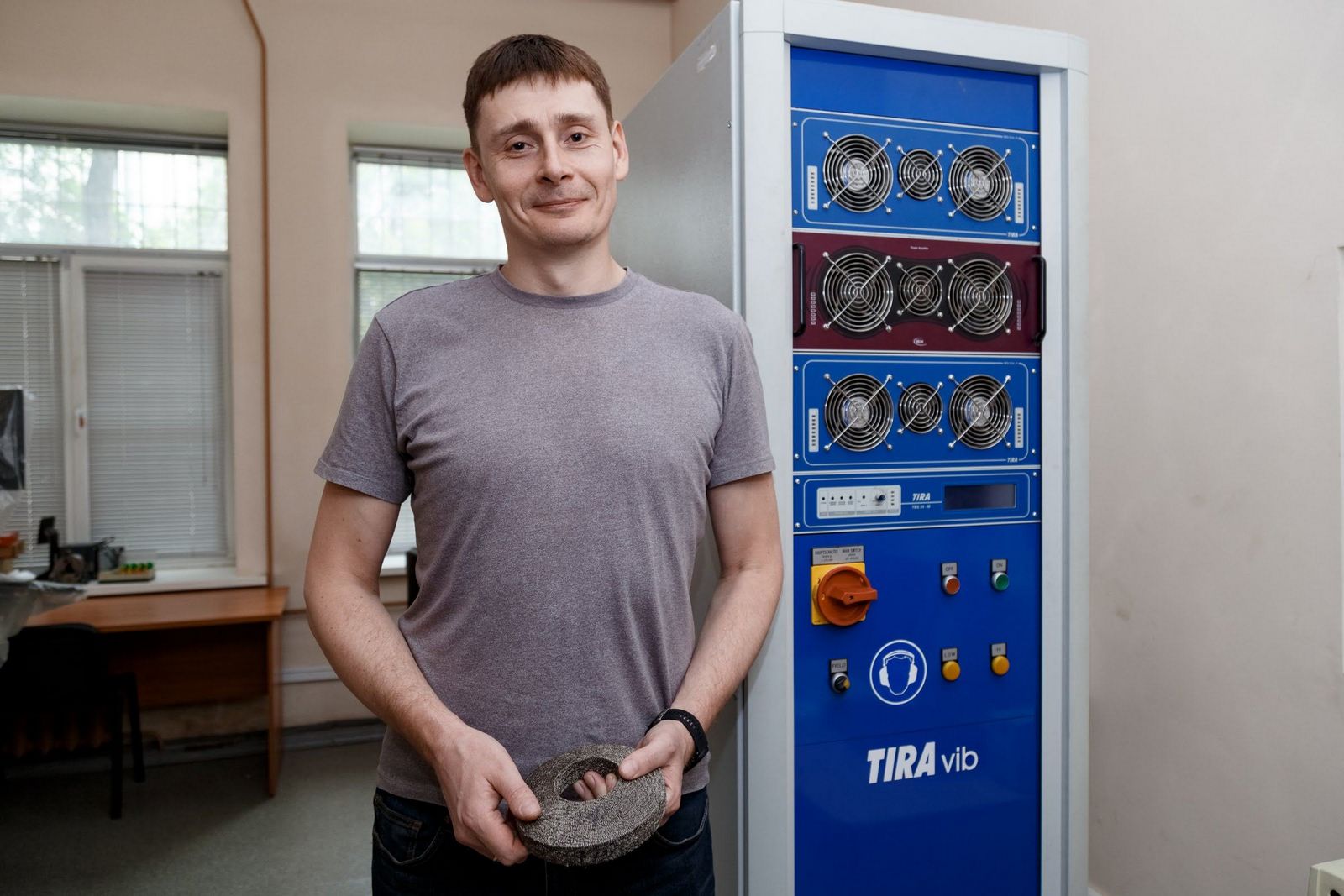 “A line of four types of vibration mounts of various load capacities was designed - from 300 kg to 4 tons. The supports are universal, and they can be used not only in railway technology, but also in mechanical engineering, the ship industry, oil industry, energy and in other areas. The use of unique MR material, created and patented by scientists at Samara University, can provide high requirements for the reliability of vibration mounts. It was originally developed for spacecraft, and operation in space involves extreme loads - radiation, vacuum, aggressive environments, intense dynamic loads, high and low temperatures. Space testing is the best practical evidence of the reliability of MR material,” said Danila Davydov, deputy chief designer of the industry research laboratory for vibration strength and reliability of aviation products (ONIL-1), Samara University.
According to the scientist, the idea of ​​creating a universal line of supports grew out of a number of joint projects of ONIL-1 and the Sinara Group. In 2018, the laboratory of Samara University delivered the first experimental batch of vibro-supports made of metal rubber for new domestic locomotive diesel engines DM-185 by order of Sinara-Transport Machines Holding (STM, part of the Sinara Group). Tests of the experimental batch of vibration mounts, held in 2019 at the Ural diesel engine plant, confirmed their high efficiency and reliability. A grant was allocated for research and development to create a line of universal vibration mounts in the framework of the regional program “Creating an enabling environment for investment and innovation in the Samara Region”.
For reference
The vibration that accompanies the operation of various equipment significantly affects the quality and reliability of operation of individual nodes, as well as the entire device. The use of vibration protection systems can not only significantly extend the life of complex and expensive equipment, but also make its operation more safe and comfortable for humans. Therefore, fundamental and applied research in this area is increasingly in demand in many branches of engineering - in the production of transport, energy, automotive, metallurgical and petrochemical equipment, as well as components of spacecraft. The foundations of the scientific and practical school of machine dynamics and vibroacoustics were laid down in Samara (Kuibyshev) more than half a century ago, today it is one of the most respected in the world and is a brand of Samara National Research University.
MR material (a metal analogue of rubber) is a unique material that was originally developed by university scientists to damp various nodes on spacecraft. It can be successfully used in conditions of intense dynamic loads and aggressive environments, at extremely high and low temperatures. The secret of MR material lies in the special technology of weaving and pressing spiral metal threads of different diameters. In 2013, a training complex with a vibration isolation system from Samara metal rubber was installed on board the International Space Station.