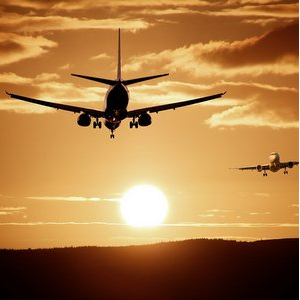 Samara scientists have developed a system for predicting technical problems

30.07.2020 2020-07-30 1970-01-01
Scientists of the Samara National Research University have created an intelligent diagnostic complex capable of predicting technical failures, malfunctions and complex technical systems operation failures  warning about them in advance, even before they occur.
According to the developers' plan, in the future such solutions can be used to improve the safety of air transportation, but already now the obtained characteristics make it possible to use them in industry, in unmanned aerial vehicles and cars. They have created a prototype of a device for diagnosing technological equipment in production, which is able to increase the reliability and safety of operating technological lines, reduce the likelihood of downtime at industrial enterprises, preventing sudden equipment failures.
"We have developed the concept of a complex for predictive diagnostics of technological equipment and this concept has been implemented in practice - we have created a prototype of the complex and its hardware modules, formed a database on typical failures and malfunctions," said Albert Gareev, Samara University research department head, associate professor of the Aviation Equipment Operation Department. The most important thing here is a new principle: in our development we use a neural network basis, that is, we use deep machine learning technology. As a result, we have created a unique software product that learns itself in the process of work and, diagnosing the state of technology, informs a person which element of a particular system is in a pre-failure state and may soon fail."
According to A. Gareev, the uniqueness of the diagnostic method invented by scientists lies in the software comparison of the so-called "dynamic portraits" of nodes and systems: the real, current state of equipment, data on which is collected using a set of sensors, is constantly compared with the ideal state of technology - "ideal portrait ", fixed in the program database. The complex detects deviations from this "ideal portrait" - for example, changes in the pressure indicators in the oil system, the difference in temperature levels or fuel consumption, and the indicators are recorded at each section of a node or system, after which a neural network program based on the learning algorithms decides on the likelihood of a problem.
To train this neural network program, scientists created simulation models based on the German StimulationX software package, then the complex underwent additional training during experiments at the stand. The hydraulic system of helicopters of the "Mi" family assembled at the stand was used as a test object for diagnostics. The stand simulated the leakage of the working fluid and gas of the hydraulic system, changes in the pump speed, temperature and pressure rise, as well as various actions of the helicopter pilot. The results showed that the neural network system during diagnosis can literally evolve, gradually learning and gaining experience in practice, like a person. According to the results of experiments, the accuracy of detecting faults has reached 98%.
Scientists managed to make the predictive diagnostics complex rather compact, cheap and energy efficient - the hardware platform of the complex (without sensors) is based on a mobile neuroprocessor with an energy consumption of 5-10 W and a cost of about 9 thousand rubles. The board with the processor is comparable in size to a regular smartphone. Such characteristics make it possible to use the "problem predictor" not only on the ground, in industrial plants, but also in the air, for example, on unmanned aerial vehicles. The complex can also be useful for humanoid robots.
“What this development gives us: we can make our own individual diagnostic system for any technological complex and this will reduce financial losses from possible equipment downtime. You will be able to connect a backup line without stopping production, and this pump can be quickly replaced or repaired, and you will already have a specific recommendation from our system that you need to remove such and such unit and unscrew such and such spool, "said Gareev." In practice our system is focused on use in enterprises, primarily in the automotive and aviation industries, on conveyors, in multi-axis machines, anthropomorphic developments, robots. But the complex can also be used in aviation technology - for example, on unmanned aerial vehicles and airplanes. "
At present, negotiations are underway with a number of enterprises on the possibility of introducing this development.
Photo: pixabay.com
Share
Facebook Twitter VK OK