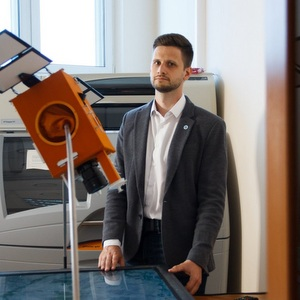 A development by a post-graduate student of S. P. Korolev Samara University will improve satellite survivability

30.09.2020 2020-09-30 2020-10-02
Development of a digital twin* of the power supply system for small spacecraft has started at the Samara National Research University; this software package should reduce the number of abnormal situations occurring on board, and thereby increase the survivability of satellites.
The project to create a digital twin has won the competition under the UMNIK (“wiseacre”) program and received financial support from the Innovation Promotion Foundation**. The author of the project is Maxim Ivanushkin, a young scientist of the Samara University, a postgraduate at the General Designer D. I. Kozlov Department of Space Engineering.
Simultaneously with his studies and scientific research, Maxim works as an engineer at the Research Institute of Space Engineering of the University and the Ground Control Complex for the Aist small spacecraft***, which combines the functions of the Mission Control Center and the Center for acquisition and processing of space data.
“Works by our Department to accumulate and process information from the first generation Aist small spacecraft served as the basis for the project. Analyzing the telemetry we have accumulated has shown that abnormal situations on board the spacecraft result from failures of the power supply system mostly,” said Maxim Ivanushkin. “Therefore, running its digital twin to simulate the operation of the power supply system will enable predicting the performance and characteristics of such system at a given point in time, and that will certainly improve survivability of the satellite and increase the likelihood of trouble-free operation of the spacecraft.”
According to the scientist, the simulation of the system will allow, according to the developed algorithms, to predict component failures and predict the occurrence of abnormal situations on board. The system state parameters will be calculated both in real time and way into the future – to the end of the planned service life of the vehicle. “The digital twin shall account for all the features of its original, as far as possible. Consider such features as the degradation of storage batteries and solar panels, as well as their shadowing and eclipsing that impact the power budget and the workability of the rest of spacecraft equipment,” Ivanushkin said.
It is planned that this digital twin will be included in the software of the Ground Control Complex for small spacecraft of the Samara University and will be used, first of all, during the operation of the Aist series satellites. However, in the future, the twin can be adapted to simulate functioning of other spacecraft.
“The spacecraft power supply systems feature an almost unchanged composition of their main elements, so this digital twin can become a useful tool for a large number of consumers, including enterprises that develop onboard equipment, private space companies and educational institutions, as well as ground control systems. There are no analogues of such a development in Russia yet; one may find some software applications similar to it in a number of functions, but no digital twins,” the scientist noted. 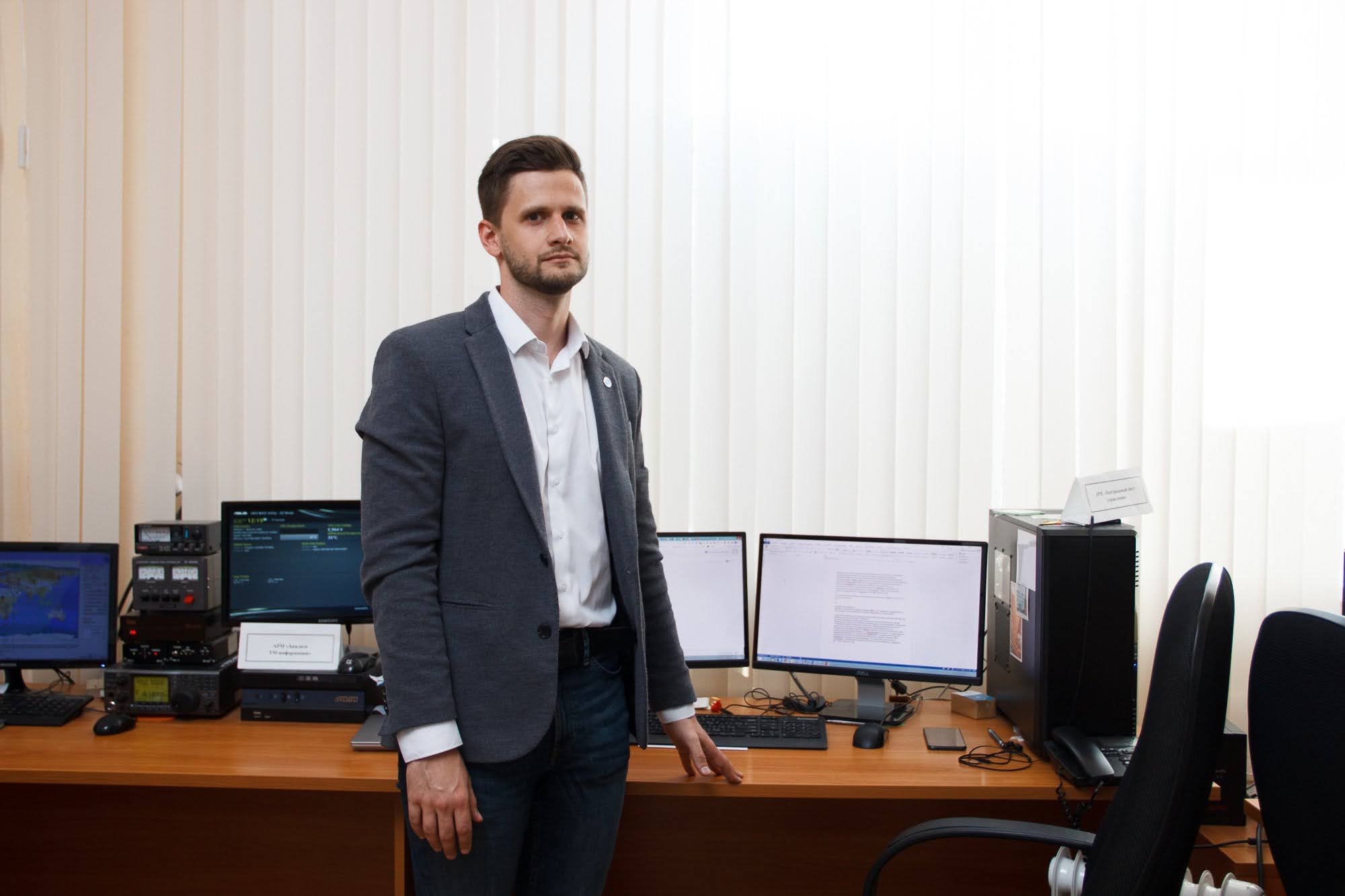 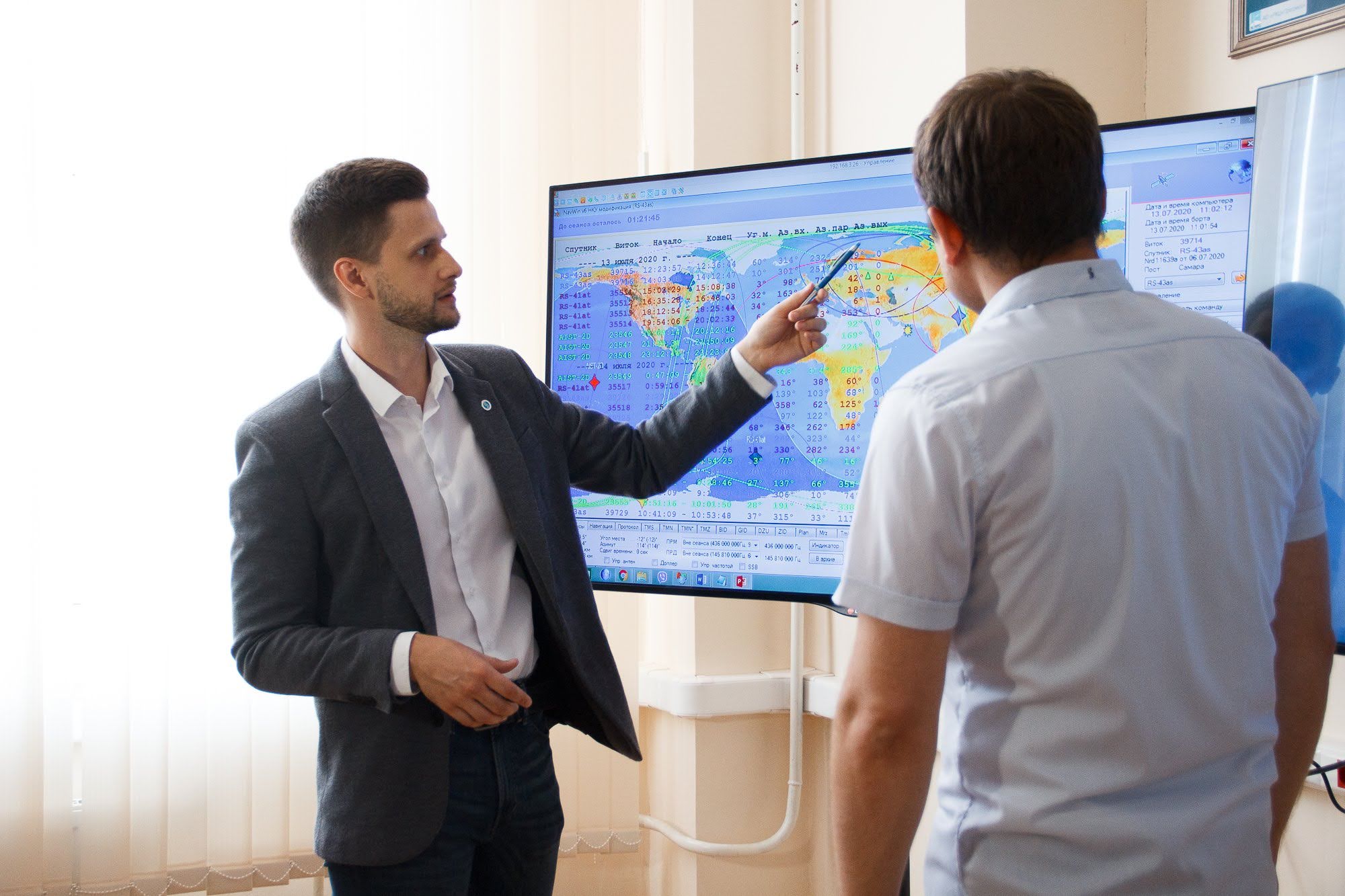 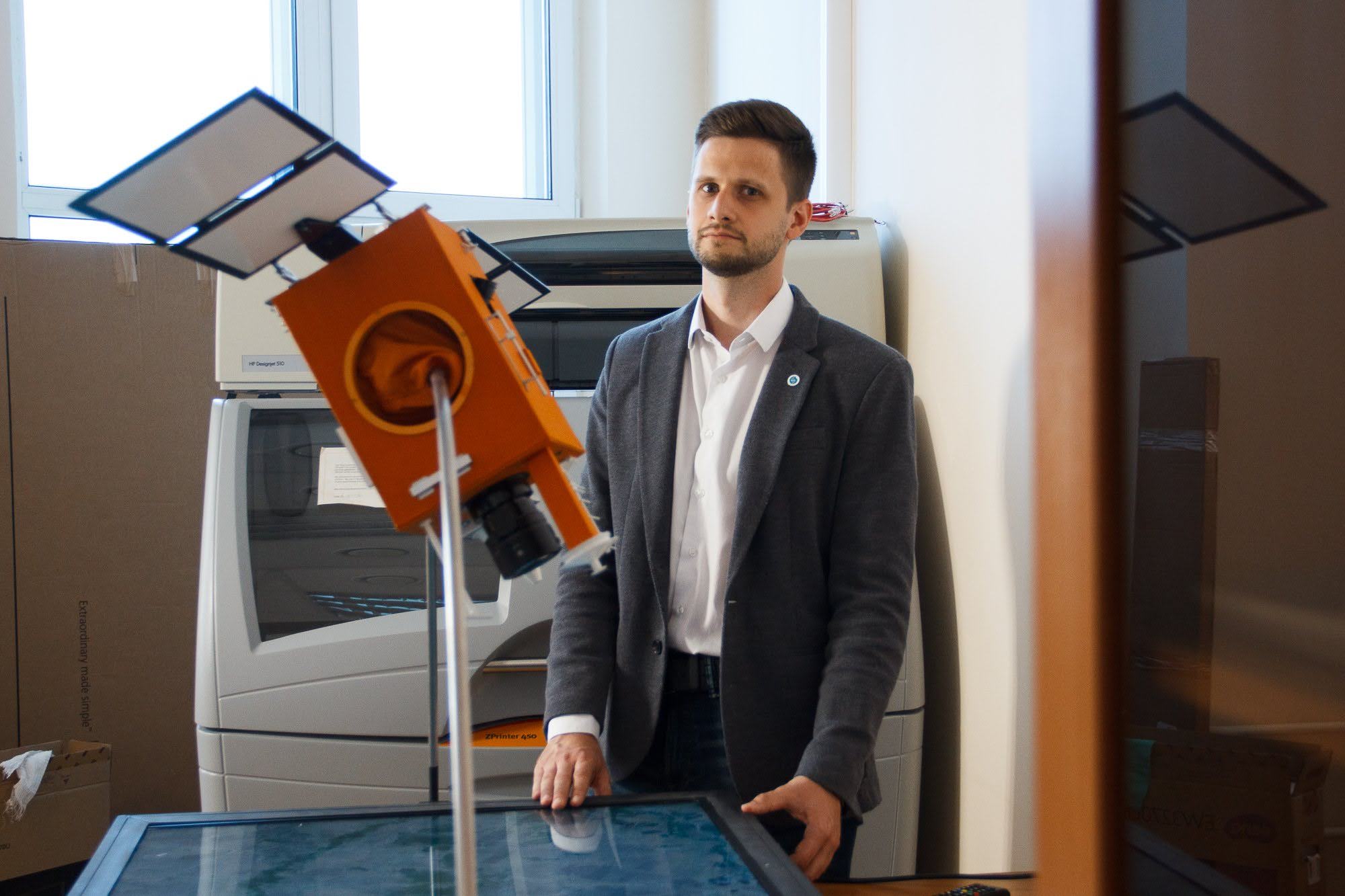 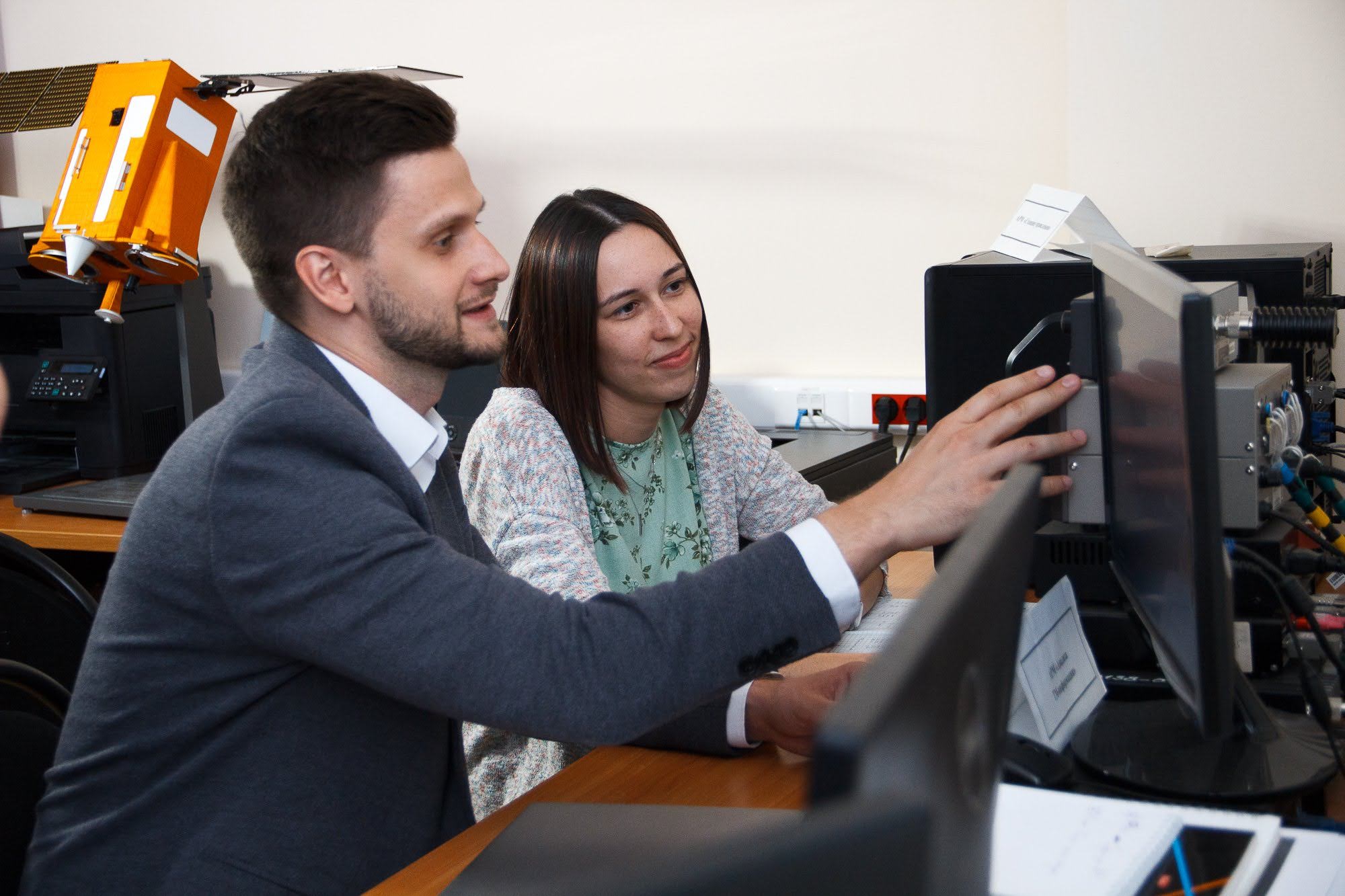 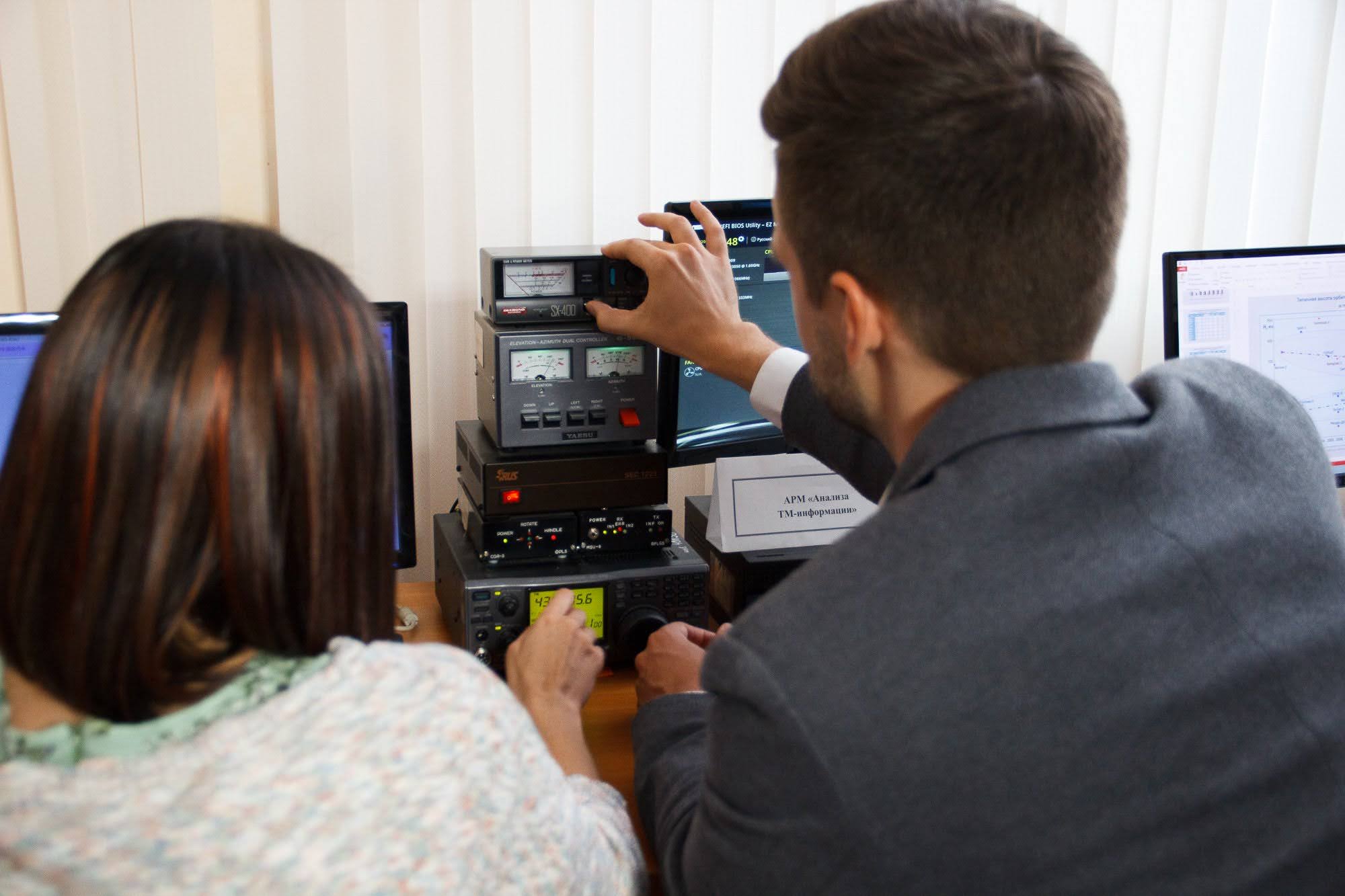 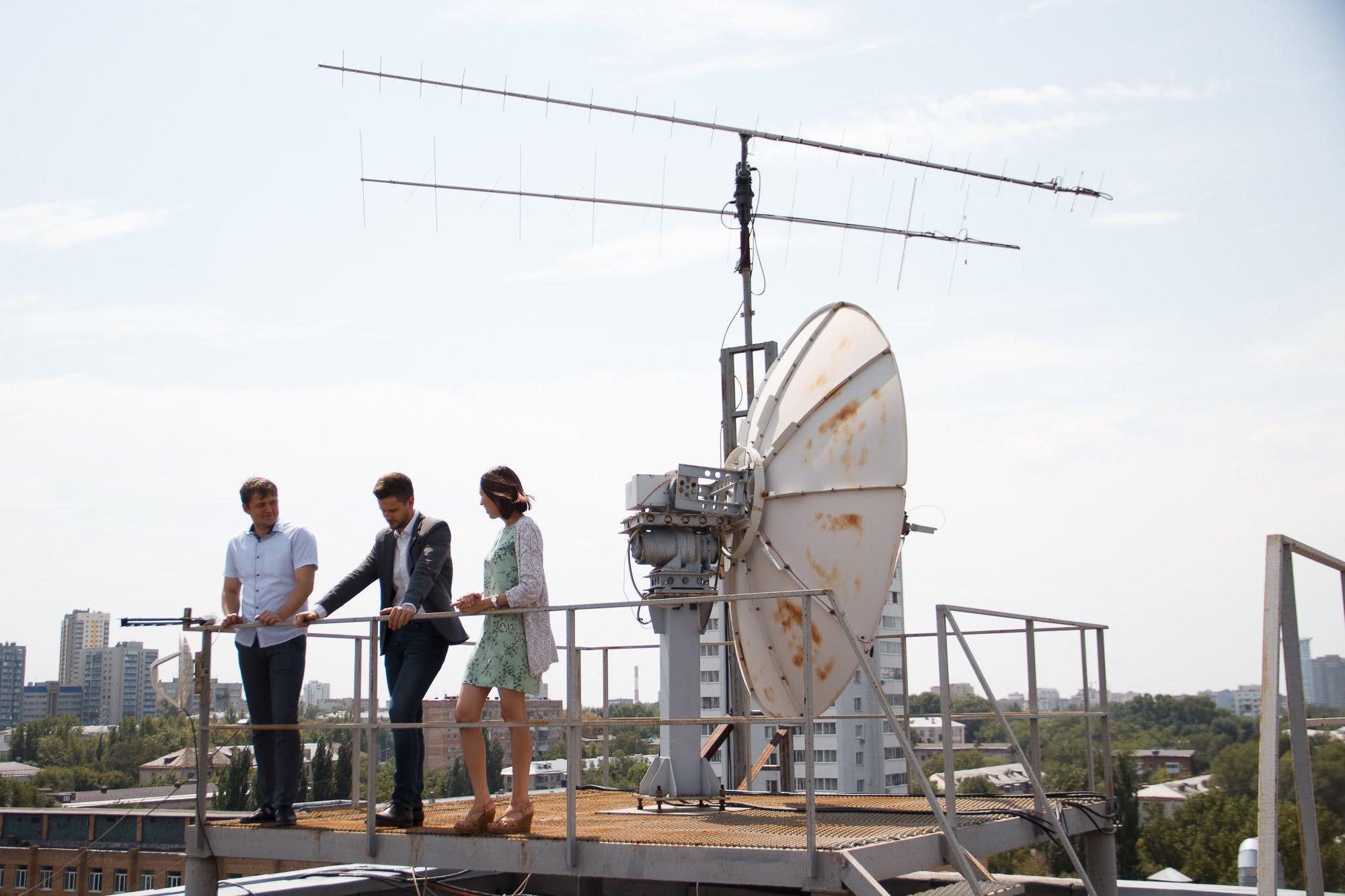 For reference
* A Digital Twin is a software virtual analogue of a physical device that simulates internal processes of the device, enabling various tasks in remote diagnostics of hardware problems on board to forecast and optimize its operation, prevent possible downs and failures.
** “UMNIK” (Participant of the Youth Scientific and Innovative Competition) is a program to identify and support young scientists striving for self-realization via innovative activities. UMNIK has existed since 2007. During this time, more than 70 thousand persons have taken part in it, over 12 thousand of them becoming winners. The program is carried out in five areas. The program winners receive funding to the effect of 500 thousand rubles for a period of two years to develop a scientific innovative project.
*** Samara University is the only university in Russia with its own satellite orbital constellation. In 2006, a group of university students initiated a project to create Aist small spacecraft. The development was carried out in cooperation with the Samara Rocket and Space Center (RSC) “Progress” with the support of the government of the Samara Region.
In April 2013, the Soyuz-2.1a carrier taking off from the Baikonur Cosmodrome has put the first Aist satellite into orbit; in December 2013, the Soyuz-2.1v carrier has put the second Aist spacecraft into space. The Aist satellites of the first series are designed to solve educational, scientific, technical and experimental tasks, measure the Earth's magnetic field, work out a system to measure and compensate for microaccelerations of a small spacecraft, study microgravity problems, study the behavior of high-speed mechanical particles of natural and artificial origin, test in space promising types of gallium arsenide solar cells, developed on the basis of nanotechnology. At present, both Aist spacecraft are operating successfully in orbit, information from satellites is fed to the RSC “Progress” and the Samara University space vehicle Ground Control Center, where it is processed by students and postgraduates.
The second generation of the Aist series small spacecraft was developed by the scientists of the Samara University and the engineers of the Progress RSC as a universal space platform for solving a wide range of research and applied problems.
The task of the first vehicle of the new series was remote sensing of the Earth. In April 2016, as part of the first launch from the new Russian Vostochny Cosmodrome, the Aist-2D Samara satellite was put into orbit successfully. In 4 years of its operation, it has taken images more than 50 million sq. km of the planet surface, that is one third of the land area of the Earth and a tenth of our entire planet.
At present, the Progress RSC is developing a complex of two Aist-2T satellites for stereoscopic imaging of the earth's surface on the basis of the Aist-2 platform.
Share
Facebook Twitter VK OK