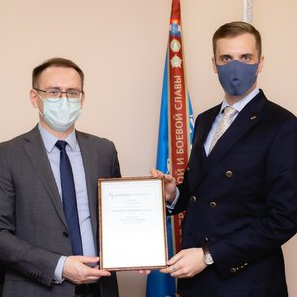 24.02.2021 2021-02-24 2021-02-24
Yann Donon receives a Data Science Doctoral Degree from Samara University in a joint program with CERN
Yann Donon’s PhD diploma awarding ceremony took place at the beginning of the year in Samara National Research University, named after Academician S.P. Korolev. Yann, originating from Switzerland and an assistant in the department of technical cybernetics since 2018, defended his thesis in September 2020. The defence took place online from CERN, where he has spent the last year in the framework of his research. The ceremony was attended by the Rector of Samara University, Vladimir Bogatyrev; Alexander Kupriyanovx, Head of the Technical Cybernetics Department; Andrey Prokofyev, First Vice Rector and Vice Rector for scientific Research; Mark Shleenkov, Head of the Department of Scientific Staff Training; and Anton Gulbis, Head of International Cooperation Department. 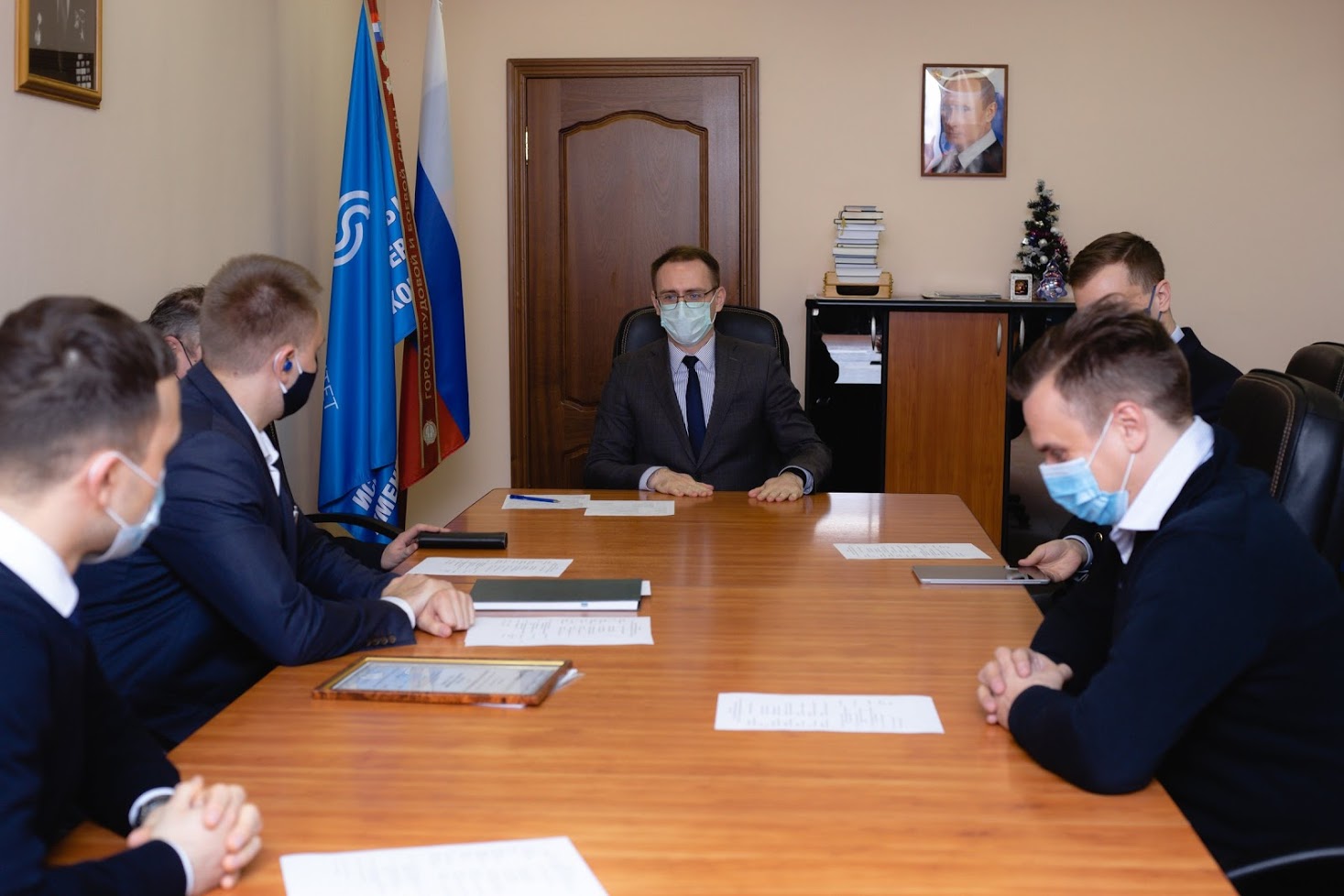 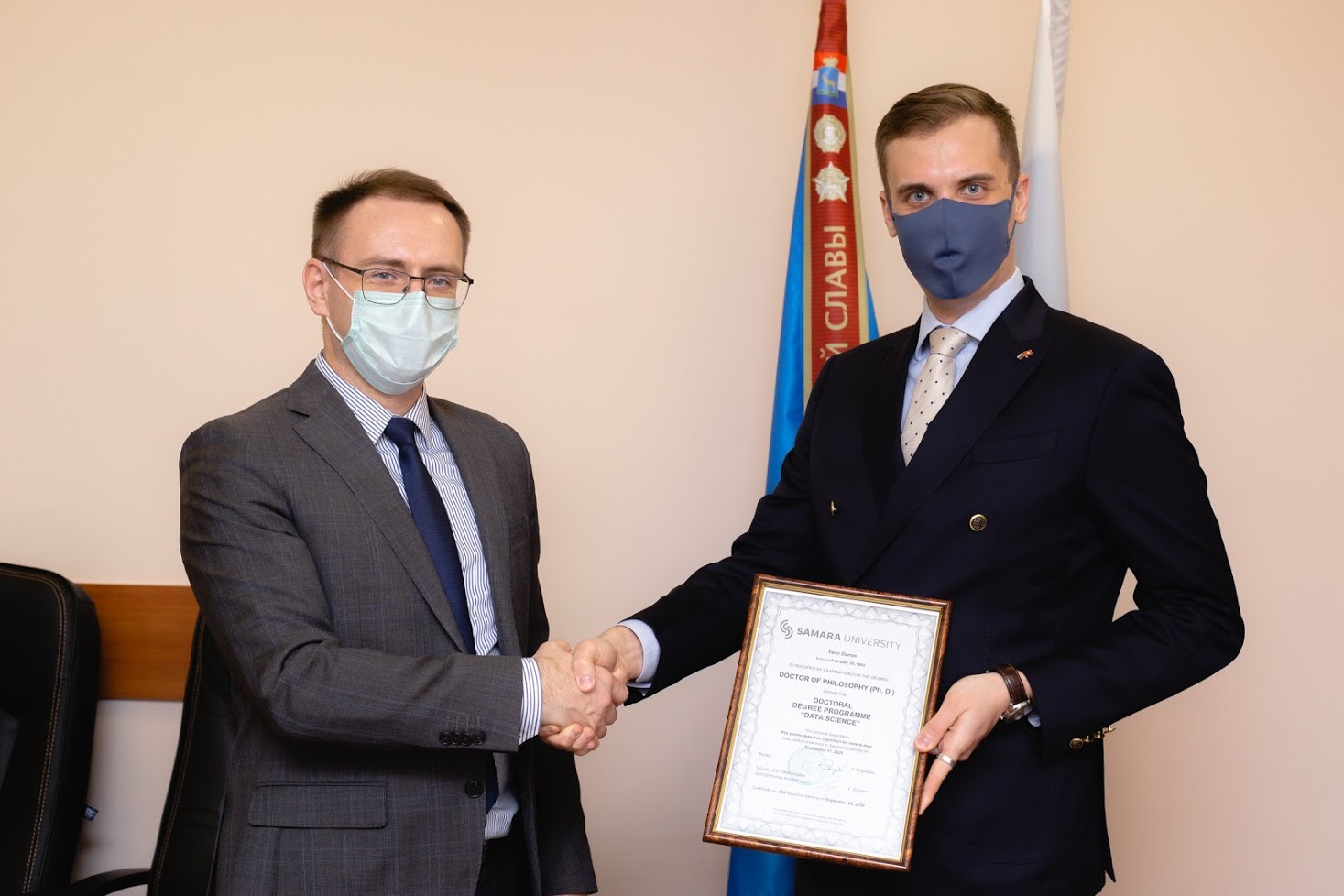 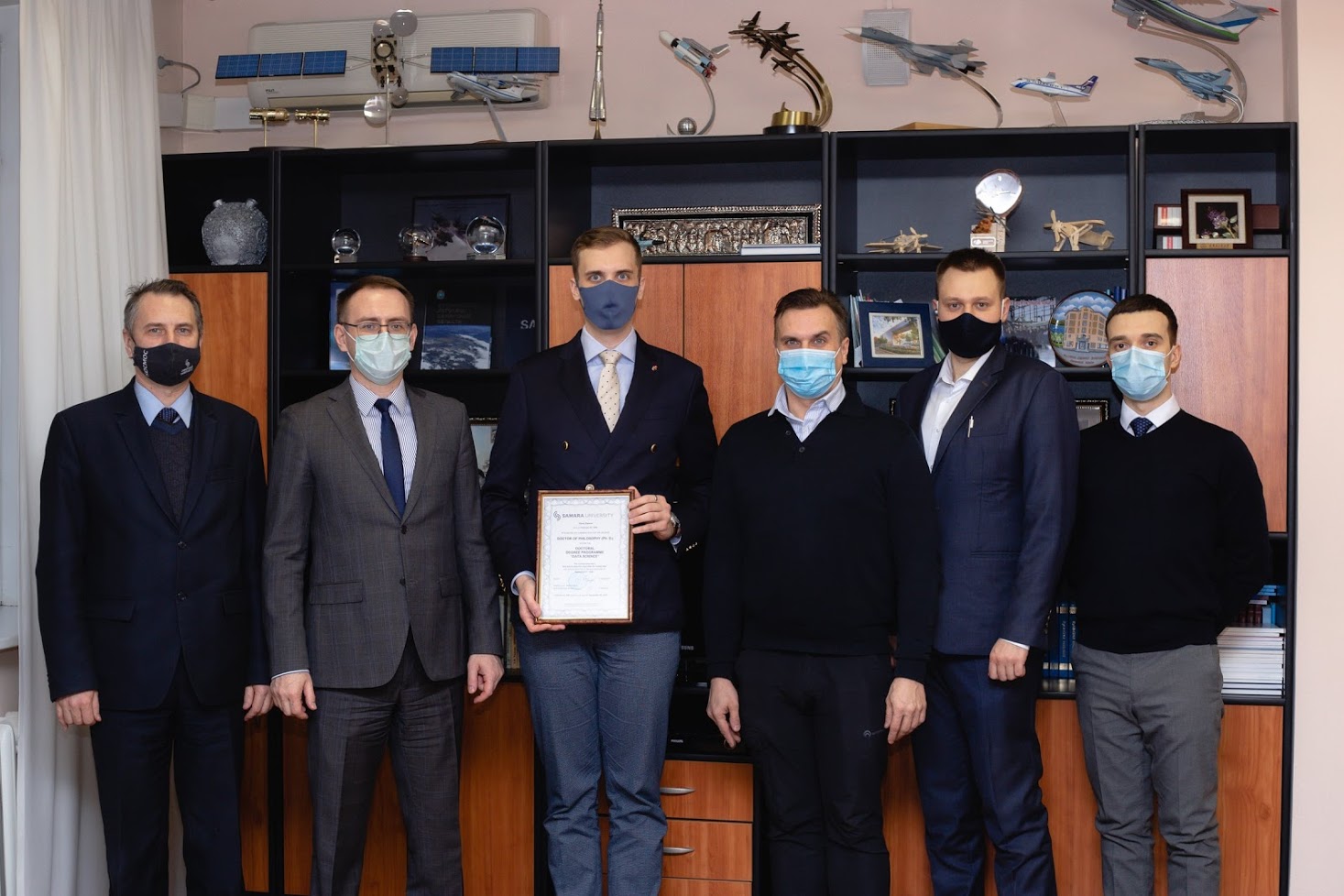 The candidate’s work was done within the framework of the PhD educational program "Data Science", under the supervision of Dr. Sci. Alexander Kupriyanov. In the framework of his thesis “Key points detection algorithm for noised data”, Yann proposed a novel approach designed to detect key points in data, independently from their dimension, ignoring ambient noise. The algorithm showed excellent performances on test datasets, registering a success rate almost three times higher than existing ones; it was implemented in both the aerospace industry and at CERN. The thesis, published by CERN, is available here: cds.cern.ch/record. The dissertation council was composed of the Academician of the Russian Academy of Sciences Dr. Sci. Soifer V.A. (Chairman), Dr. Sci. Nikonorov A.V. (internal expert), Dr. Pezzetti M. (external expert, CERN), Prof. Dr. Sci. Kazansky N.L., Dr. Sci. Popov S.B., Dr. Paringer R.A. (Secretary).
Presenting the diploma to Yann Donon, the rector emphasized the relevance of the Data Science program and congratulated the candidate’s scientific supervisor, Dr. Sci. Kupriyanov, on the successful implementation of the project. The rector stated: "It is great that this project was developed with the scientific supervision of an RAS academician, the famous scientist Victor Soifer. The fact that the academician chaired the dissertation council shows the importance of the research work Yann Donon has done."
Yann’s CERN supervisor and head of CERN openlab, Alberto Di Meglio, stated: “Yann has demonstrated exceptional technical skills; this is proven not only by the quality of his work at CERN, but also by the international recognition he has received from peers at events and conferences. Yann has demonstrated great organizational and relational skills. He has successfully applied these to his interaction with other CERN experts in various quality-control and reliability teams working on parts of the accelerator complex of the Large Hadron Collider. Yann has also been instrumental in establishing a fruitful collaboration between CERN and Samara University, which I’m sure will be a great success.”
Yann concluded the ceremony by expressing his gratitude to the university, in particular to his supervisor, and to CERN. He emphasized the excellence of both institutions in their domains and stated that he would continue working to build bridges between the two. He added that he was also looking forward to continued cooperation with the university. Starting in March, Yann will take a new position at CERN, in the experimental physics department, where he will work on the design and engineering of the data acquisition and data quality processes, in the framework of the DUNE project: home.cern/tags/dune.
Share
VK OK