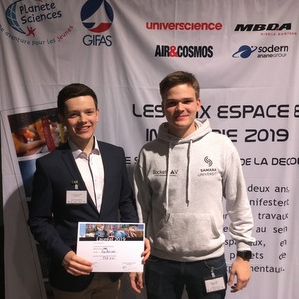 16.12.2019 2019-12-16 1970-01-01
Team of the RocketLAV Student Design Bureau of Samara National Research University returned from Paris having become the winners in the competition of youth technical clubs applying for an award in the field of space and industry (Prix de Espace en Industrie-2019). 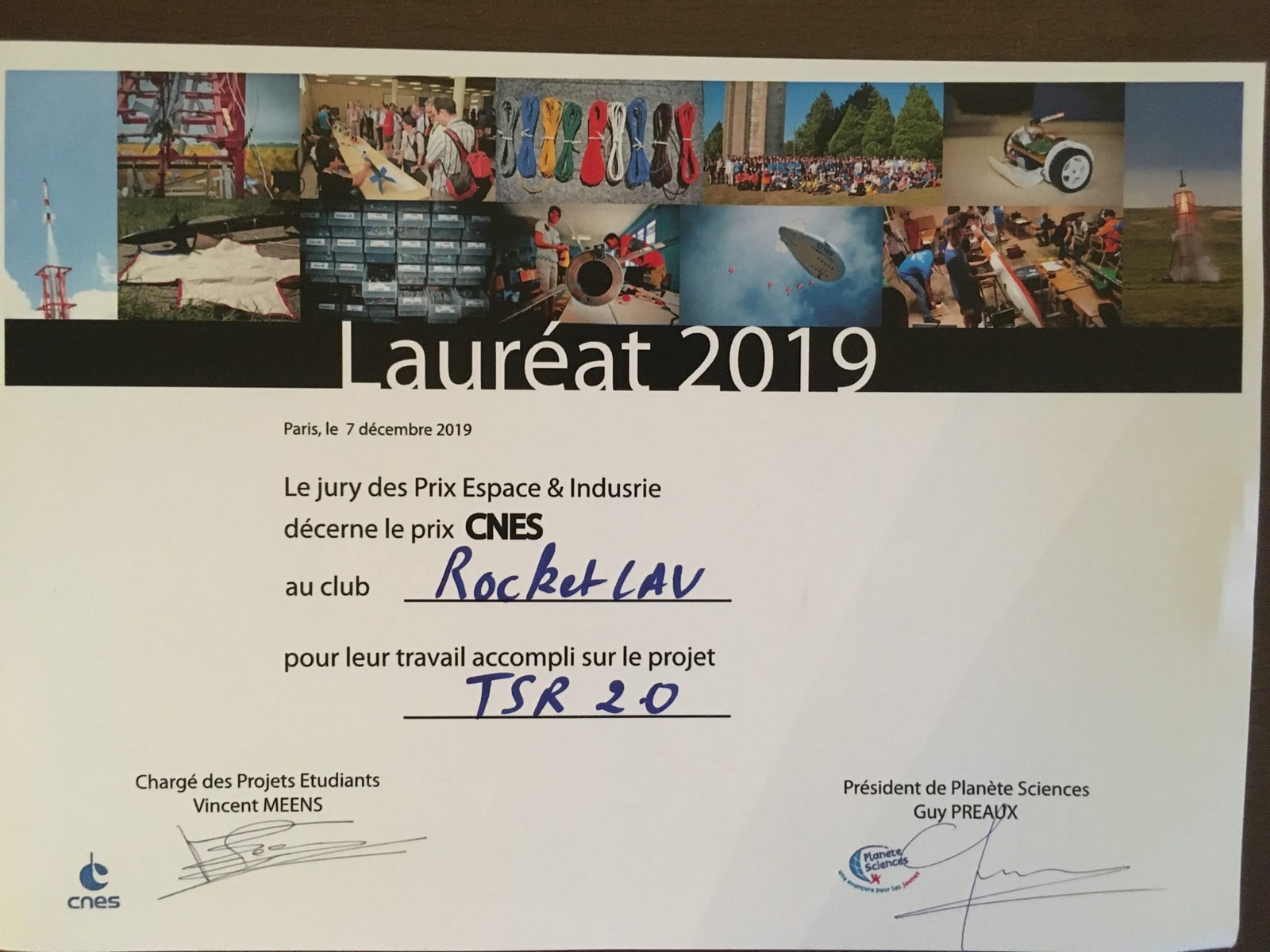 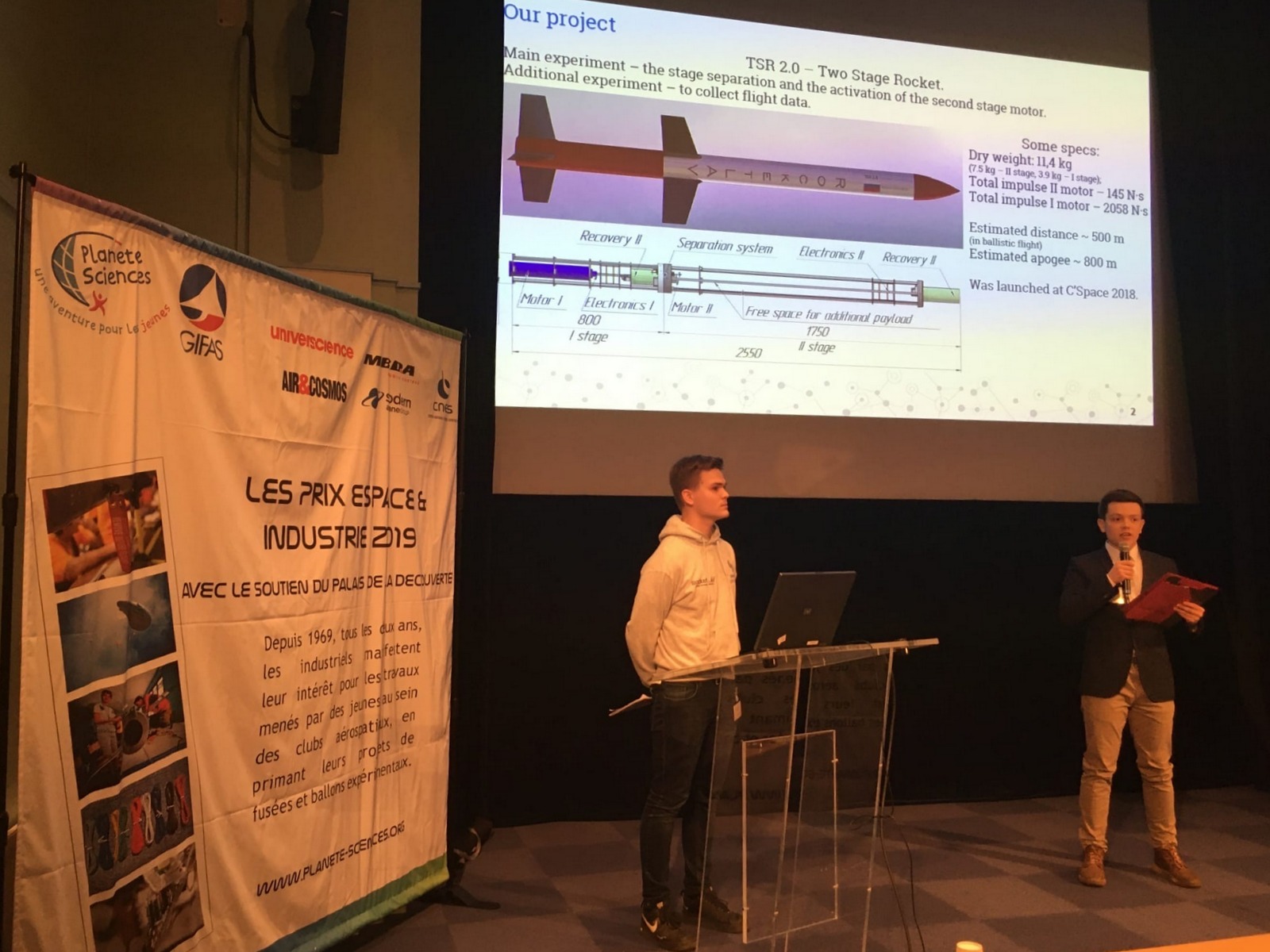 The team from Samara became both the only Russian contender for the award and also the only foreign participant in the competition. According to the results of the project defense, it was the team from Samara that became the laureate of the French National Space Agency (CNES) Award.
The Prix de Espace en Industrie-2019 competition has been held every two years since 1969. The organizer is the public organization Planète Sciences (France) in partnership with the French Aerospace Industries Association (GIFAS). The award is organized for student teams participating in the C'Space-2019 International Student Forum for Experimental Rockets Launching. The jury includes the experts from leading aerospace companies and associations of France, and each representative of the jury selects their winner. In 2019, the jury included the representatives from CNES, GIFAS, MBDA, SODERN and Planète Sciences. They evaluated the projects on the creation of experimental rockets, mini-rockets and aerostats.
Last weekend 10 teams including Samara RocketLAV participated in the in-person stage in Paris. The students presented the design of the experimental TSR 2.0 rocket and the results of its implementation. They also described its importance in the development of the student association. The project was defended by students Gleb Burdonov and Anton Poltoradnev.
“We decided to take part in the competition and present our promising project – the two-stage TSR 2.0 rocket, which we launched in 2018,  –  says team captain Anton Poltoradnev. – We submitted an application form on the website of Planète Sciences, which is the organizer of the C’Space forum, then received the approval and went to Paris".
The defense of Samara University projects took place in English. According to its results, Samara University students became laureates of the CNES National Space Agency Award.
For reference:
CNES (National Centre for Space Studies) is the government agency responsible for shaping and implementing France’s space policy. In addition to administrative and research centres, CNES includes the main French space centre – the Guiana Space Centre (Korou). Since 2011, Russian Soyuz launch vehicles created by JSC SRC Progress (Samara) have been launching from the site of the Kourou Cosmodrome in French Guiana.
RocketLAV is a Student Design Bureau of Samara University, the participants of which are engaged in the creation of light experimental rockets.
Student Design Bureau of Samara University has been the only permanent Russian participant in the student forum for student rocket launches at the international forum C`Space in France since 2011.
In 2018, young Samara engineers won the first CNES award for the successful launch of a two-stage experimental rocket of their own design.
In 2019, the RocketLAV team was recognized as the best student design bureau in Russia.
Share
Facebook Twitter VK Google+ OK