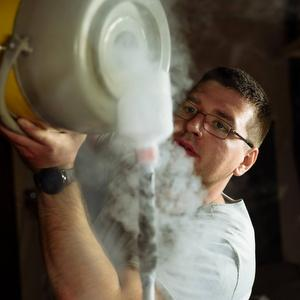 13.10.2020 2020-10-13 2020-10-12
Scientists of the Samara National Research University have started to develop a cryogenic engine that will use liquid nitrogen or liquefied natural gas as fuel. In the future that engine can be used to power environmentally friendly vehicles in specially protected natural areas, as well as special purpose unmanned aerial vehicles (UAVs), which can remain invisible to infrared tracking devices as they will leave no thermal traces in the sky, according to their developers. The work is carried out within the scope of the laboratory for cryogenic technology started at the Samara University.
"The main task of this laboratory is to study the prospects of using cold energy, that is, the energy stored in cryogenic substances and products. The laboratory has started developing a cryogenic engine, and currently a series of tests is underway on one of the main elements of the newly developed engine – a cryogenic fuel storage system," Dmitry Uglanov, Deputy Director of the Institute of Engines and Power Plants of the Samara University, Associate Professor of the Chair of Thermal Engineering and Thermal Engines and Scientific Director of the laboratory for cryogenic technology said. .
The storage system, developed by the Samara scientists, is based on a specially designed cryogenic tank equipped with various sensors and valves. In the course of laboratory tests, processes to store cryofuel and use low-potential energy of cryoproducts are explored.
Scientists fill a cylinder with liquid nitrogen, which heats up thanks to the heat of its environment, and, having turned into a high-pressure gas, performs useful work in an expansion machine. Besides, a cascade of thermoelectric generators used in the storage system generates additional energy due to temperature contrast between the cryogenic working fluid and the environment.
"This storage system has an original design protected by invention patents. This cylinder is unique in that usually such containers are designed to store either high-pressure gases or cryogenic working bodies in liquid state. Our development enables storing working substances in either liquid or gaseous state, depending on the task for this system, and makes it possible to control its regasification time and achieve the needed parameters of the working body," the scientist explained.
According to him, developing such a cryogenic engine will take 3 to 4 years. Among the main advantages of such an engine are its environmental friendliness, as well as various special purpose applications. A cryogenic-fueled drone will leave no thermal trail in the sky and remain untraceable by infrared sensors at night, unlike aircraft that use combustion engines or electric motors to create thrust.
"Due to its exceptional environmental friendliness, the cryogenic engine can be used on board vehicles intended for operation in nature reserves, to offer an example. It can also be used on special purpose unmanned aerial vehicles – unlike other vehicles, these will leave no thermal trail, and it will be more difficult to detect them," Dmitry Uglanov said. 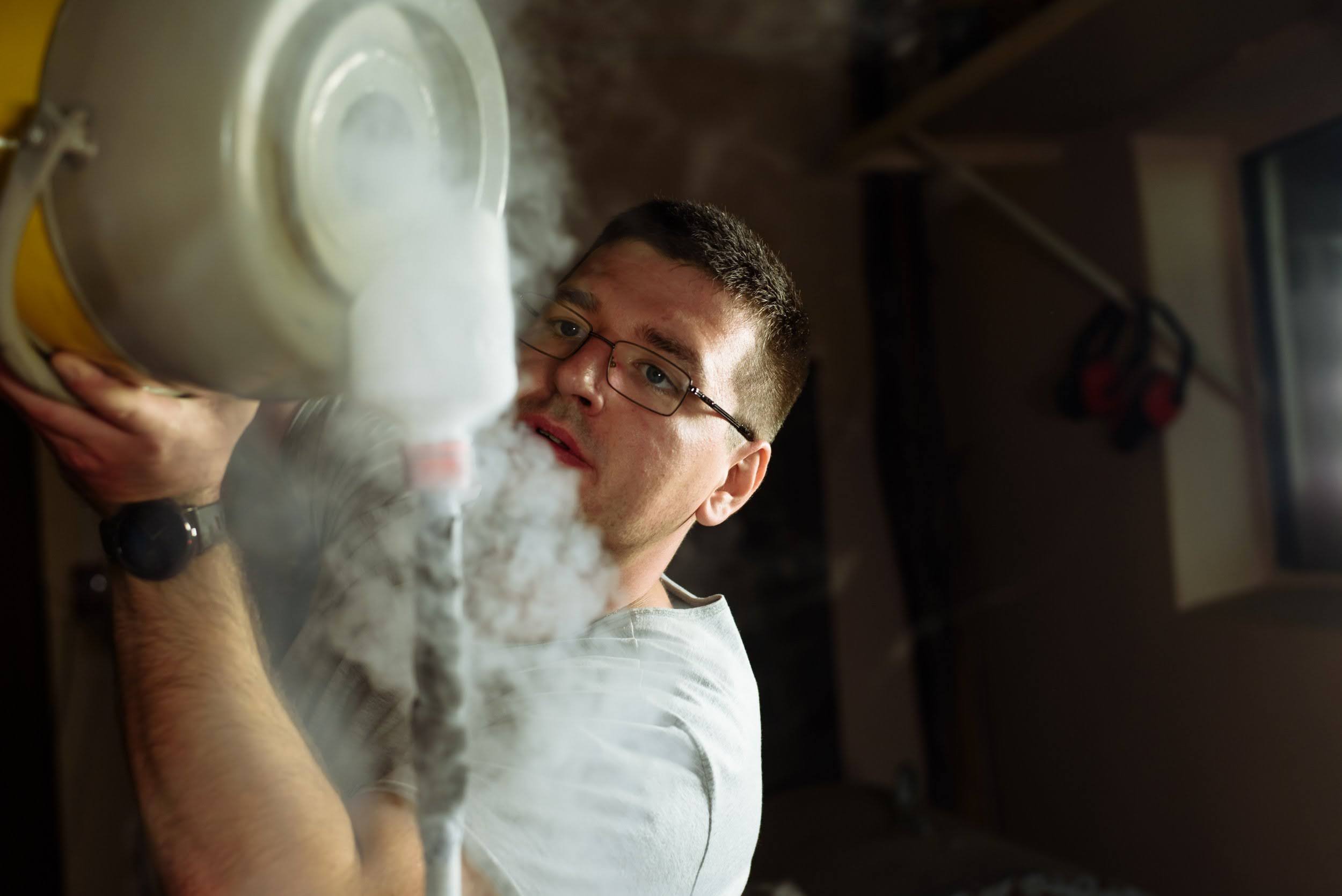 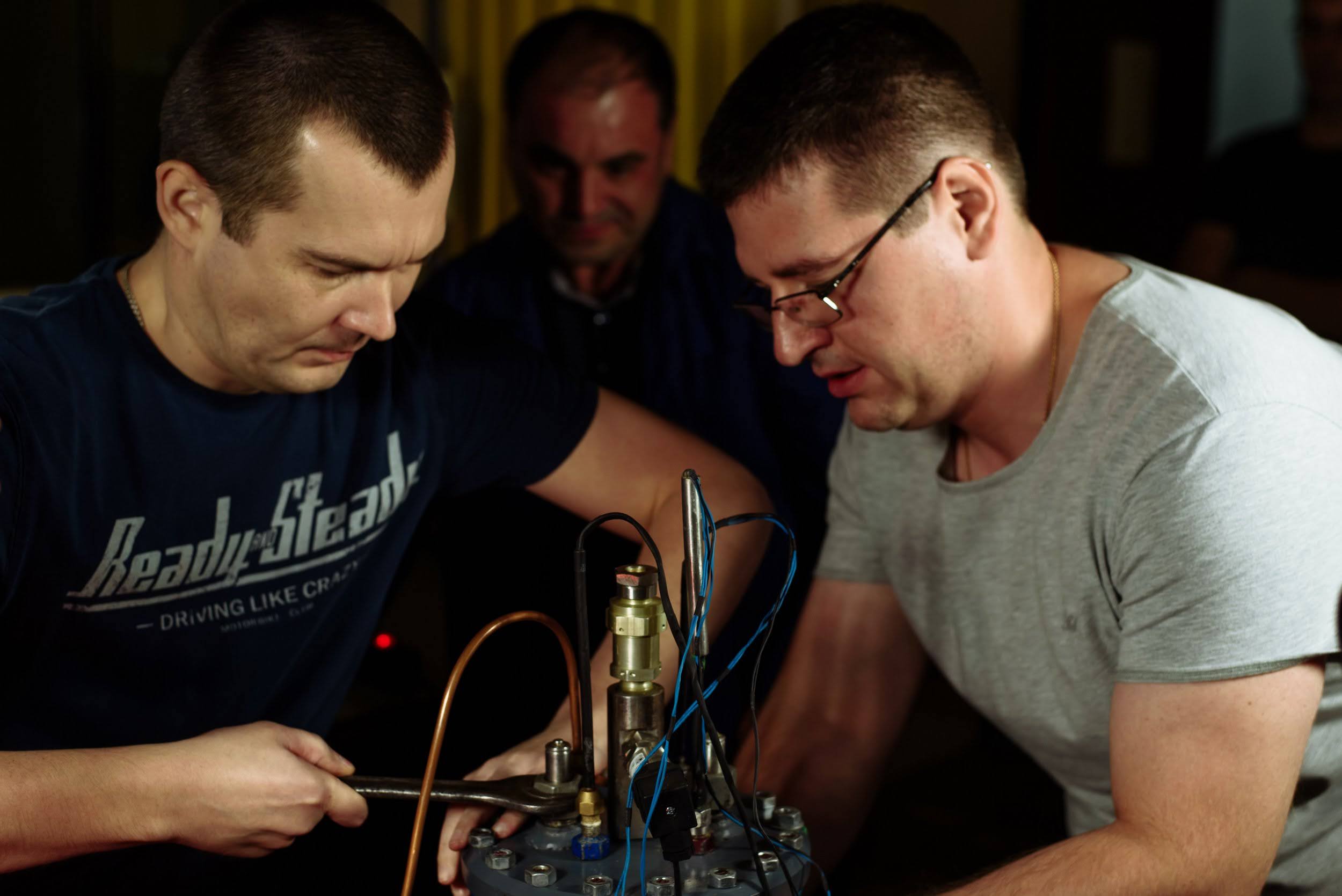 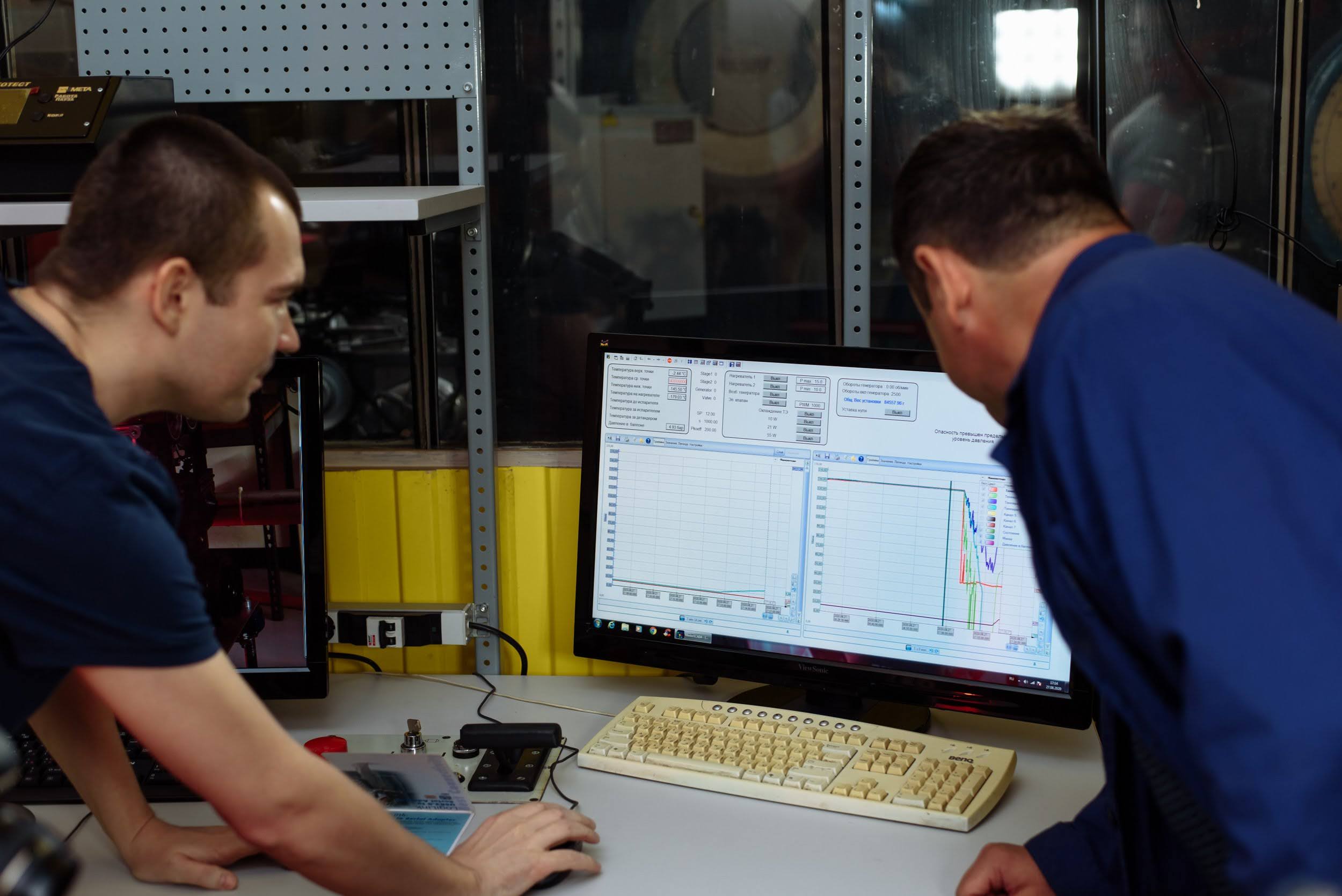 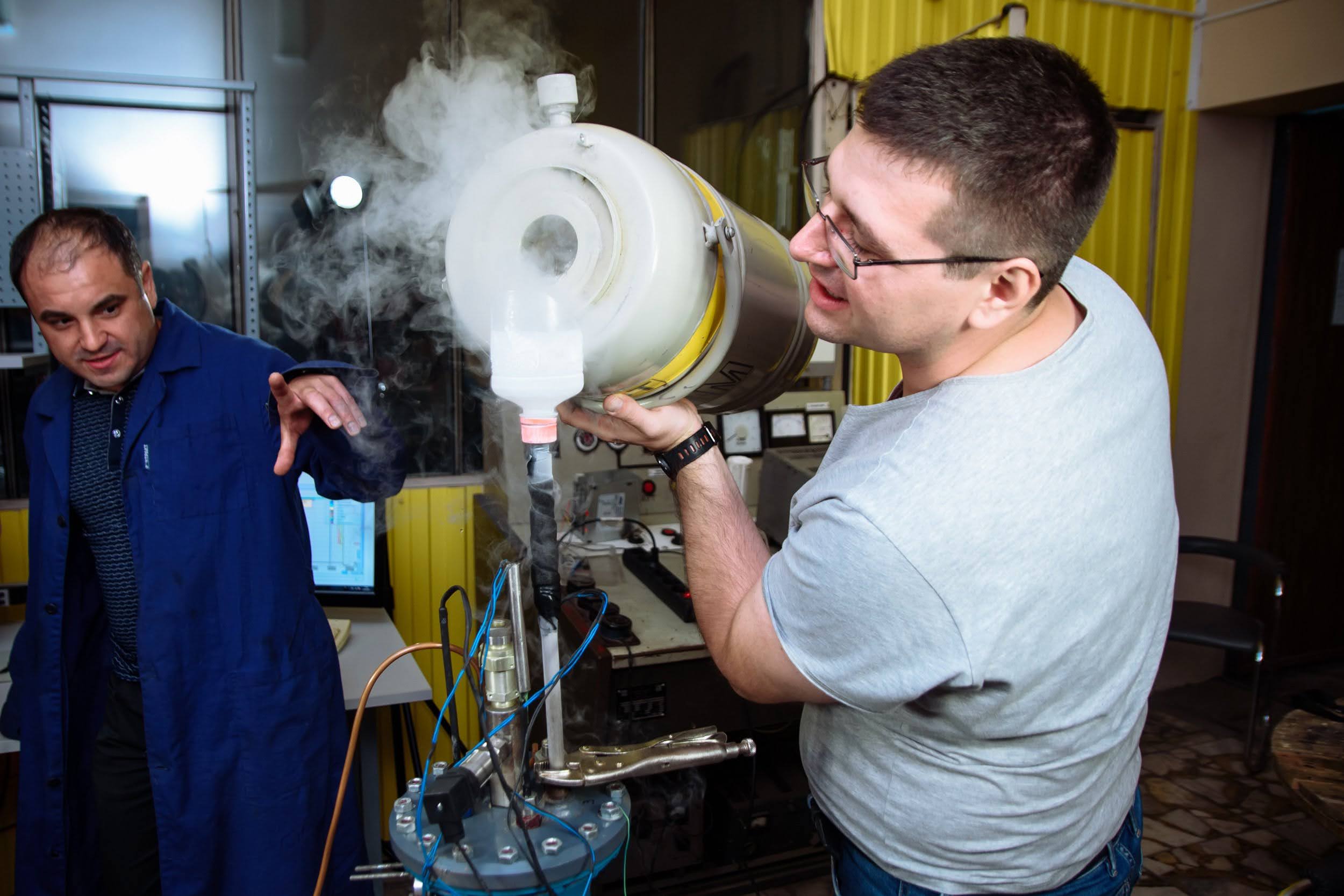 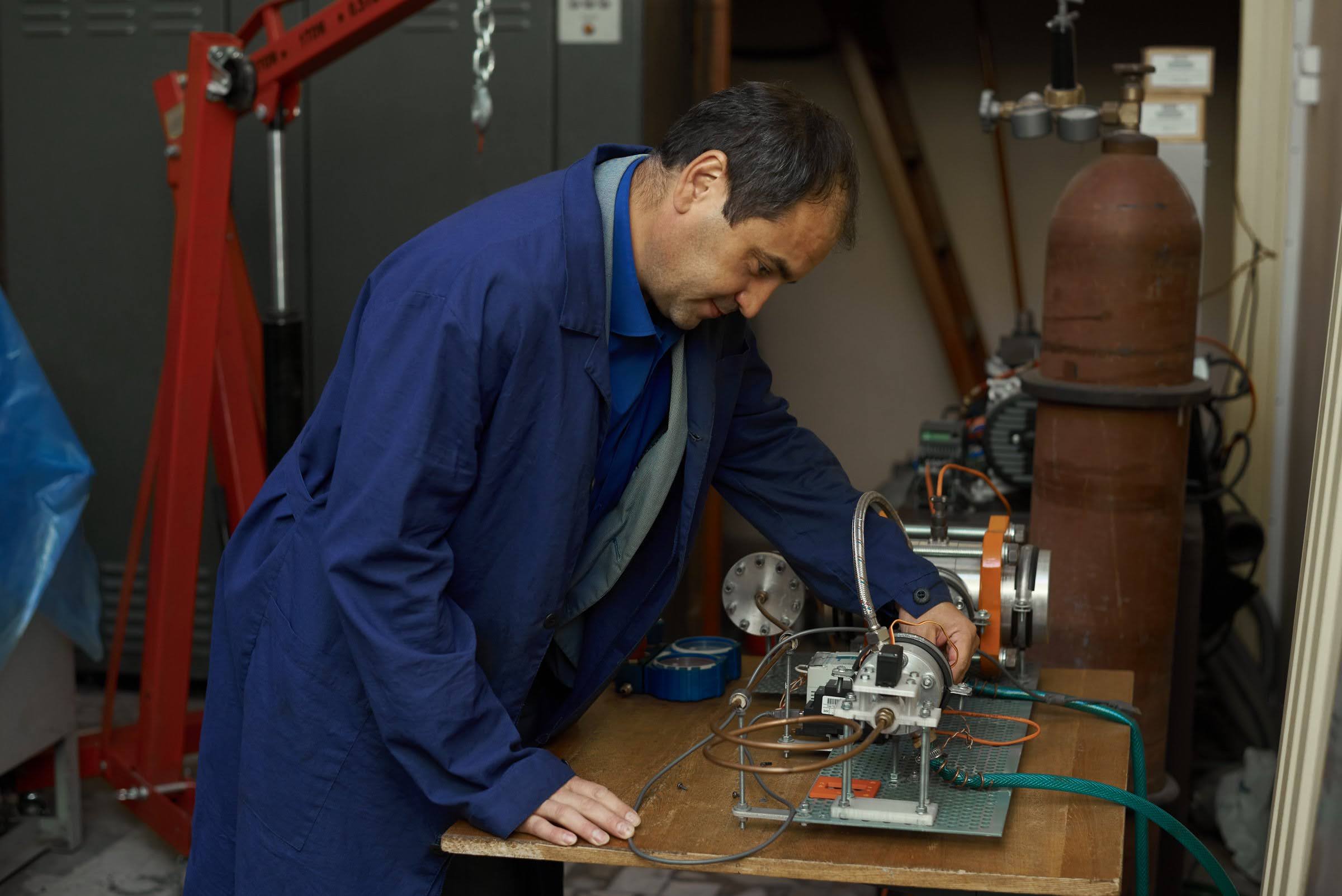 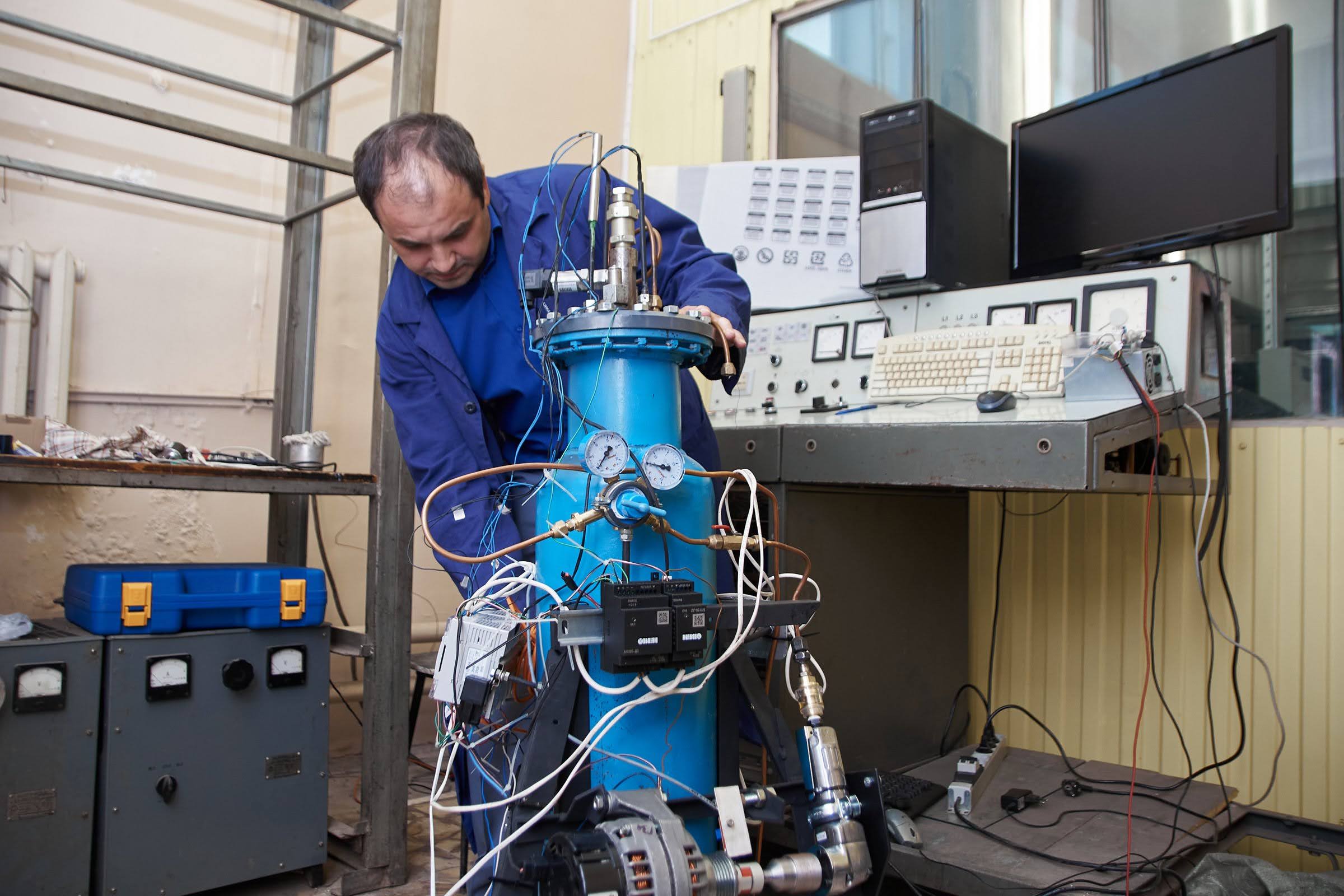 Historical reference on the development of cryogenic technologies in Samara
Research in the field of applying cryogenic fuel in aviation has been conducted in Samara (Kuibyshev) since the 60-ies of the last century. A unique NK-88 engine running on liquid hydrogen was created in the engine-building design bureau under the leadership of Academician Nikolai Dmitrievich Kuznetsov.
In its calorific value hydrogen significantly surpasses aviation kerosene, while being absolutely friendly to the environment. The core team of the engineers who worked on that engine included graduates of the Kuibyshev Aviation Institute (now the Samara National Research University).
The NK-88 engine was installed on an experimental Tu-155 aircraft that first took off on April 15, 1988. The world's first aircraft to use hydrogen fuel had passed a series of tests successfully, having made several international flights in Europe, including one to Hanover, Germany, to a conference on the use of cryogenic fuel in aviation.
Later, a project of Tu-156 aircraft was developed to fly running NK-89 engines fueled by liquefied natural gas, but the program for aviation cryogenic fuel was terminated due to financing shortage. Currently, the NK-88 engine is an exhibit at the Center for the History of Aircraft Engines at Samara University.
In the early 2000s, employees of the Chair of Thermal Engineering and Thermal Engines and the Scientific and Educational Gas Dynamics Research Center (S&E GDRC), Samara University have launched new studies to improve the energy efficiency of cryogenic systems and plants via low-potential energy of cryoproducts.
Since 2020, a cryogenic equipment laboratory has been actively developing on the basis of S&E GDRC. The main thrust of the laboratory is to compute, design and create highly efficient power plants and engines operating on cryogenic fuels, including LNG. Scientific and applied studies by the laboratory are carried out with financial support of the Ministry of Education and Science of Russia (project No. FSSS-2020-0019), planned for 4 years.
Photo: Anastasiya Korotkova