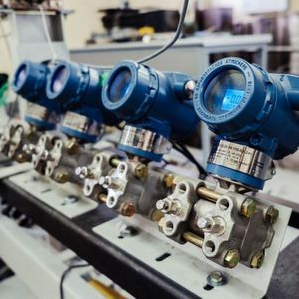 THE: "A new model of combustion research will produce more accurate results" For many decades, modelling combustion physics and chemical processes has been an empirical exercise, with scientists trying to find models to describe experimental measurements. These models could only work in specific conditions, making it difficult to design combustion chambers and almost impossible to predict how processes would behave at different temperatures and pressures.
Today, however, scientists can calculate the outcome of chemical reactions using physical principles or data from research. This means Samara researchers are able to create considerably more accurate models, which can reliably predict how chemical reactions will proceed under various conditions. More efficient engines and gas turbines will emerge as models become more accurate.
“It is impossible to make discoveries in this field alone,” Professor Mebel says. “Since receiving the mega-grant, we have managed to establish mutually beneficial cooperation with several scientific groups with expertise in the fields of chemical physics, physical chemistry and organic synthesis. As a result, for the four years of the laboratory’s existence, we have published more than 50 scientific papers in the world’s leading journals, which include contributions from four or five different scientific groups.”
The laboratory, which employs 30 people, will soon launch a new set-up that will allow scientists to measure the mechanisms of reactions under different conditions corresponding to the combustion process, such as high temperatures. There are only three other set-ups like this in the world. “The version we designed is the improved model, unique in the world,” Professor Mebel says. “It allows you to mix reagents in a chemical microreactor. Then, at the exit of the microreactor, the reaction stops and we can measure the content of the reaction mixture using a high-precision mass spectrometer in a vacuum, determining the reaction products obtained under these conditions. From this, it is already possible to extract both mechanisms and rate constants. We hope, starting from 2021, there will be specific measurements in Samara.”
The data obtained by this new system will be significant both for basic science and applied research. In particular, it will allow engineers to design more environmentally friendly and economic engines. This research will also improve the scientific understanding of chemical evolution in the universe, since reactions occur not only in combustion chambers but also in the atmospheres of planets, their satellites and interstellar space.