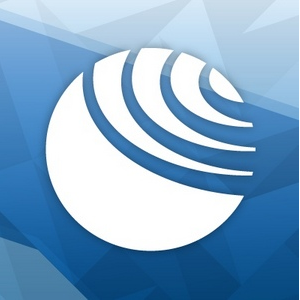 23.03.2020 2020-03-23 2020-03-25
The mathematical model of the uncontrolled "explosive" spread of viral diseases, created by the scientists of the Samara National Research University named after academician S.P. Korolev  may be useful in predicting new uncontrolled outbreaks of coronavirus infection, informed the university press service.
Scientists at Samara University and the Autonomous University of Barcelona have previously developed a mathematical model for the spread of dangerous viral infections, depending on many factors. "Scientists placed a special emphasis on mathematical modeling of critical situations that arise as the disease spreads in population. The model also demonstrates the possibility of uncontrolled development of events in case of an explosive virus outbreak," the report said. It is emphasized that, according to the authors of the model, it can also be applied to coronavirus.
Two different processes can be distinguished in viral infection spread, said one of the authors of the work, Elena Shchepakina - Professor of the Technical Cybernetics Department and Differential Equations & Control Theory Department of Samara University.
"When it comes to the development of a disease within one organism, a phenomenon of" imaginary disappearance" might occur, when it is not possible to detect the causative agents of the disease only because the time of taking biological material for analysis - for example, blood, plasma, tissues - corresponded to the period of imaginary disappearance. This has something in common with the fact that some people who were considered to have recovered from the coronavirus were found to have relapses after a while,” said Elena Schepakina, whose words are quoted in the university press release.
According to her, the second process is the spread of infection in a population where individuals are susceptible to the disease, and it does not matter whether it is a population of microorganisms, animals or people. “One of the features of our research is the analysis of critical parameter values and modeling of critical phenomena,” Shchepakina added.
The concept of the critical regime and critical phenomena can be clarified using an example from the theory of combustion, she noted. "The combustion process can proceed smoothly and safely, but when the combustion parameters change, when they go beyond the acceptable values, this process can become very dangerous, accompanied by the so-called thermal explosion," Shchepakina said.
In relation to the created model of a virus spread, this means a fundamental possibility of uncontrolled development of events when, after crossing the conditional red line, the spread of the viral infection will have an explosive character and it will be too late to take any measures, the report says. "Therefore, we believe that no precaution in the current situation on coronavirus can be unnecessary," Shchepakina emphasized.
The World Health Organization (WHO) on March 11 declared the outbreak of the new coronavirus COVID-19 a pandemic. According to WHO more than 207 thousand people in 166 countries are already infected, more than 8.6 thousand have died.
Source: ria.ru
Share
Facebook Twitter VK OK