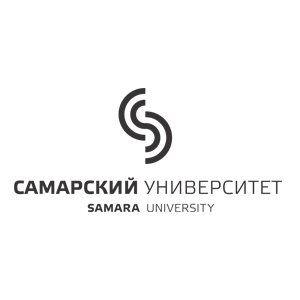 16.07.2021 2021-07-16 2021-09-13
Scientists of Samara National Research University have improved the previously developed diagnostic complex capable of automatically predicting possible failures and malfunctions in the operation of complex technical systems. Thanks to the use of the new neural network architecture, the accuracy of detecting possible failures has exceeded 99%. The research results are published in the reputable international Sensors magazine.
“We have developed a new neural network architecture for a diagnostic complex for the detection of technical anomalies. The work was carried out jointly with the Institute of Machine Acoustics. The new neural network architecture is more accurate, test-bed experiments have shown that the accuracy of correctly predicted equipment states exceeds 99%,” said Yevgeny Minaev, Senior Researcher at the Institute of Artificial Intelligence of the Samara University. “In addition, the new architecture is more flexible and allows for an easy increase of the number of potentially recognizable malfunctions. The main feature of our development is that full training of the complex’s system now requires only 0.2% of the test-bed data, the rest of the data is generated using the system’s digital twin. This approach significantly reduces the cost of training the diagnostic complex using real technological equipment”.
The modernization of the predictive diagnostics complex has not required significant changes in its hardware part. In addition, the scientists made the source codes of their development available to the entire world by posting them on the Internet.
“Despite the modernization of the architecture, we managed to keep the requirements for the hardware platform moderate. Moreover, our neural network turned out to be the lightest among the competitive developments with which it was compared in our article in the Sensors magazine. Another important point is that we made the source codes of the neural network and datasets publicly available, researchers from all over the world can test their algorithms on our data or vice versa – test our program with their data," Yevgeny Minaev stressed.
In 2020, scientists from Samara National Research University created a prototype of an intelligent diagnostic complex capable of preliminary warning about possible failures and malfunctions in the operation of complex technical systems. The development is based on deep learning technology. In the process of work, the complex self-learns and, diagnosing the state of technology, informs the person which element of a particular system is in a pre-failure state and may soon fail.
The uniqueness of the diagnostic method invented by the scientists lies in the software comparison of the so-called "dynamic portraits" of nodes and systems: the actual current state of the equipment, the data about which is collected via a set of sensors, is constantly compared with the ideal state of technology – the "perfect portrait" – in the program database. The complex detects deviations from this "perfect portrait" – for example, it can be changes in pressure indicators of an oil system, the difference in temperature levels or fuel consumption, and the indicators are recorded at each section of a node or system, after which the neural network program decides on the likelihood of the problem occurrence based on the algorithms developed during machine learning.
As conceived by the developers, in the future, such diagnostic systems can be used to improve the safety of air transportation, but already now the obtained characteristics allow using them in industry, in unmanned aerial vehicles and cars.
“The next step is to create a hardware and software complex for the diagnostics of technical systems based on a neural processor module developed jointly by the Faculty of Electronics and Instrumentation Engineering and the Institute of Artificial Intelligence,” Director of the Institute of Artificial Intelligence Artyom Nikonorov said about the development plans.
Photo: pexels.com
Share
VK OK