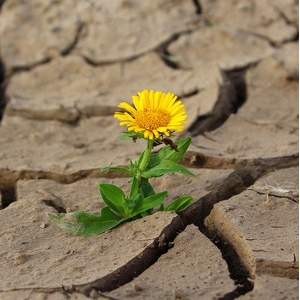 Free Water from the Air

The researchers have received a patent for the installation, which allows to obtain water and electricity using wind energy

05.11.2018 2018-11-05 2018-11-20
Autonomous non-volatile installation “The Vortex Spring” (“Vihrevoy Rodnik”) for obtaining fresh water from atmospheric air has compact dimensions: height: 6-10 m, diameter: 1-2 m and is made of plastic. The installation is based on the principle of condensation. Atmospheric air contains moisture and when the air cools, the moisture condenses, resulting in pure, distilled water. Dew is a clear example of condensation in nature.
The developers of the installation – staff members of the Department of Thermal Engineering and Thermal Engines of Samara University – note that it is indispensable in desert and arid areas. Ironically, it is in the dry hot air of deserts and steppes that the largest amount of moisture is contained, that is, "The Vortex Spring" is the most effective in the areas where it is in high demand.
The principal difference between the installation of Samara University, awarded in nomination "100 Best Inventions of Russia − 2017", and its counterparts is the use of vortex effects to obtain water and electricity. The engineering solutions, known since ancient times, have encouraged the scientists of Samara University to study the vortex flows.
“The idea of extracting water from the air is not new. It has been known since the days when the caravans of merchants walked in an endless stream along the Great Silk Road. The Arab travelers' notes indicate that wells were created throughout the caravan, each of which contained enough water to give travelers and camels a drink”, – said Vladimir Biryuk, one of the developers of the installation, Professor of the Department of Thermal Engineering and Thermal Engines of Samara University. — The construction of the well and the materials used have created inside temperature difference, thereby forming vortex flows. Due to them, the hot desert air turned into cold water".
"The Vortex Spring" is different from the wells of antiquity, but it also uses vortex flows. Receiving moisture from the atmospheric air occurs through the use of wind, twisted into the vortex flow with the help of a "vortex generator". Then it is cooled to a "dew point" with the help of a "vortex cooler". As a result of a sudden temperature drop, condensate appears on the hydrophobic walls of the installation, the moisture drains and accumulates in the water collector unit. The dried air ascends and goes out into the atmosphere through the Venturi tube, which has a fan that generates electricity for a pump that supplies water to consumers.
For the convenience of collecting fresh water, the water collector with a dew condenser is placed under the installation below the ground line. With the accumulation of water in the water collector unit it is given to the consumer. During the day “The Vortex Spring” produces just over 0.8 m³ of pure cold water.
"It is very important that the water extracted from the atmosphere, turns out to be the most inexpensive in comparison with other methods. In addition, our installation does not require funds for operation. Only one-time minimal investments are required for its assembly and installation”, — says Vladimir Biryuk. Moreover, due to natural resources –  wind and solar energy, the operation of the installation makes "The Vortex Spring" completely environmentally friendly and makes it run smoothly.

The problem of fresh water shortage does not lose its relevance because of the growth of the world's population, water pollution, and also climate changes, the growth of deserts in particular. According to the developers, in the near future the extraction of water from atmospheric air using natural energy factors will become a priority method, since there are several assumptions for this. These are huge desert areas located in the zones where the density of solar energy is maximum. Besides, the territories for collecting the scattered solar energy and the volume of air used for water extraction are practically unlimited. Atmospheric air is also the cleanest and the most recoverable source of water, and the freshwater resource is constantly renewed in the atmosphere, while the quality of condensate remains high.
Autonomous non-volatile installation "The Vortex Spring" for obtaining fresh water from atmospheric air has received a patent of the Federal Service for Intellectual Property No. 2620830.