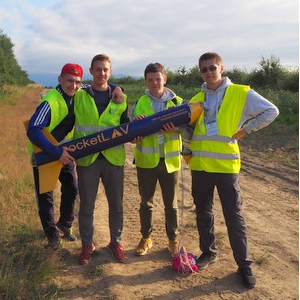 29.07.2019 2019-07-29 1970-01-01
The team of the RocketLAV student design bureau of Samara University launched an experimental reusable two-stage rocket TSR-3.0 in the framework of the C’Space-2019 International Forum. The C’Space-2019 International Student Forum for Experimental Rockets Launching was held from July 13 to July  20 at the Camp de Ger  testing ground  near the town of Tarbes. The participants acted in three nominations: experimental rockets, mini-rockets and atmospheric CanSats probes. 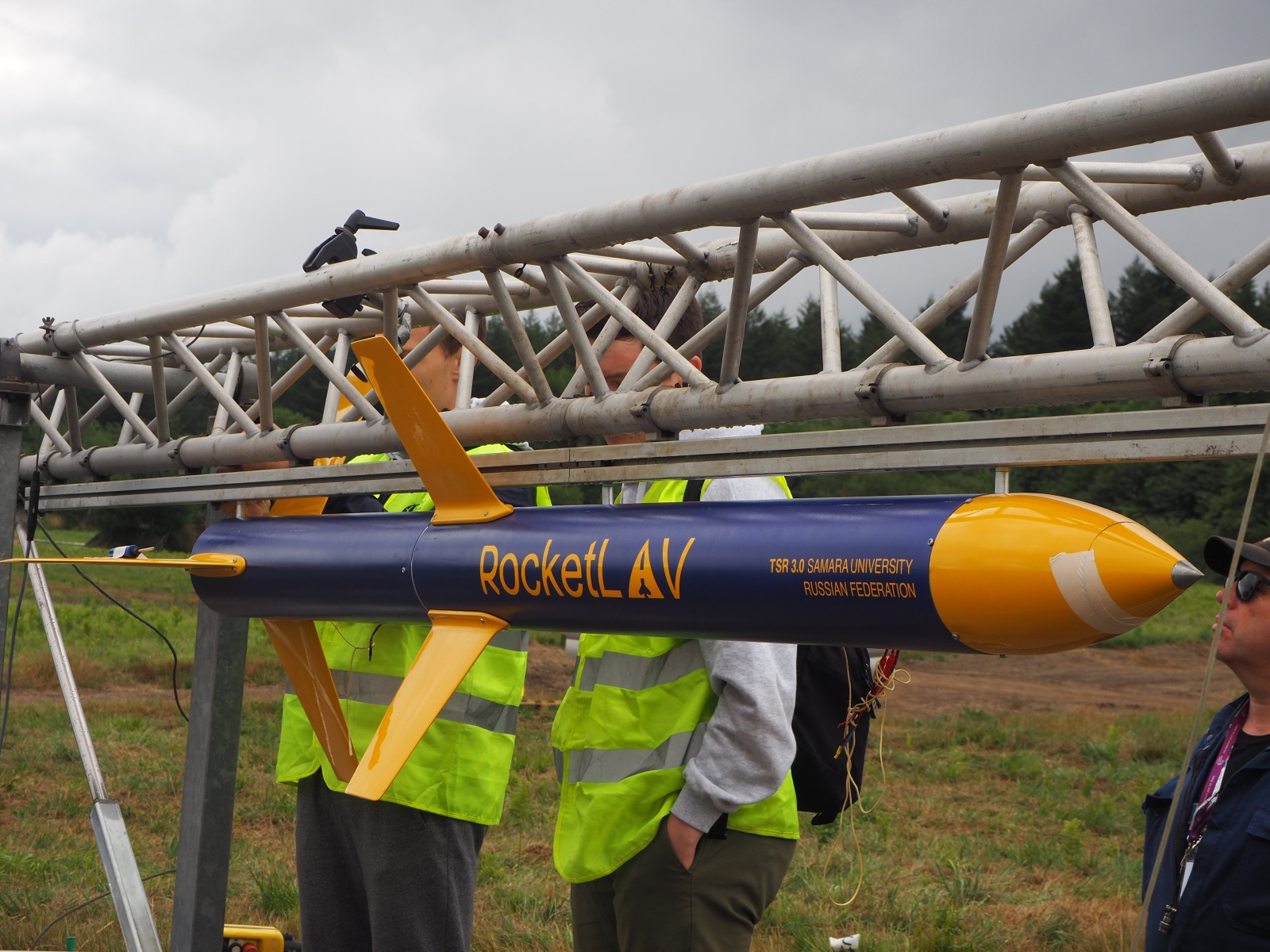 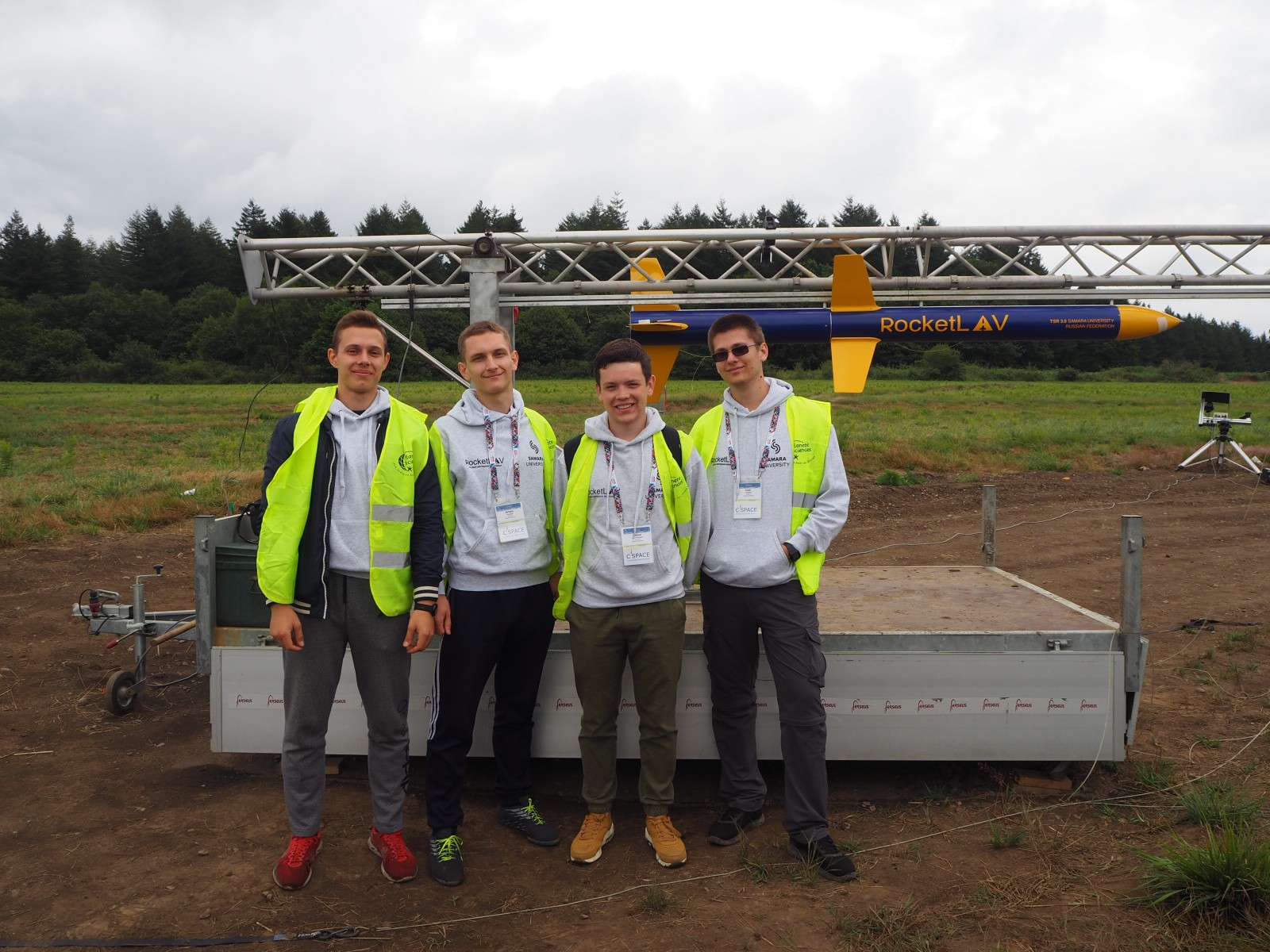 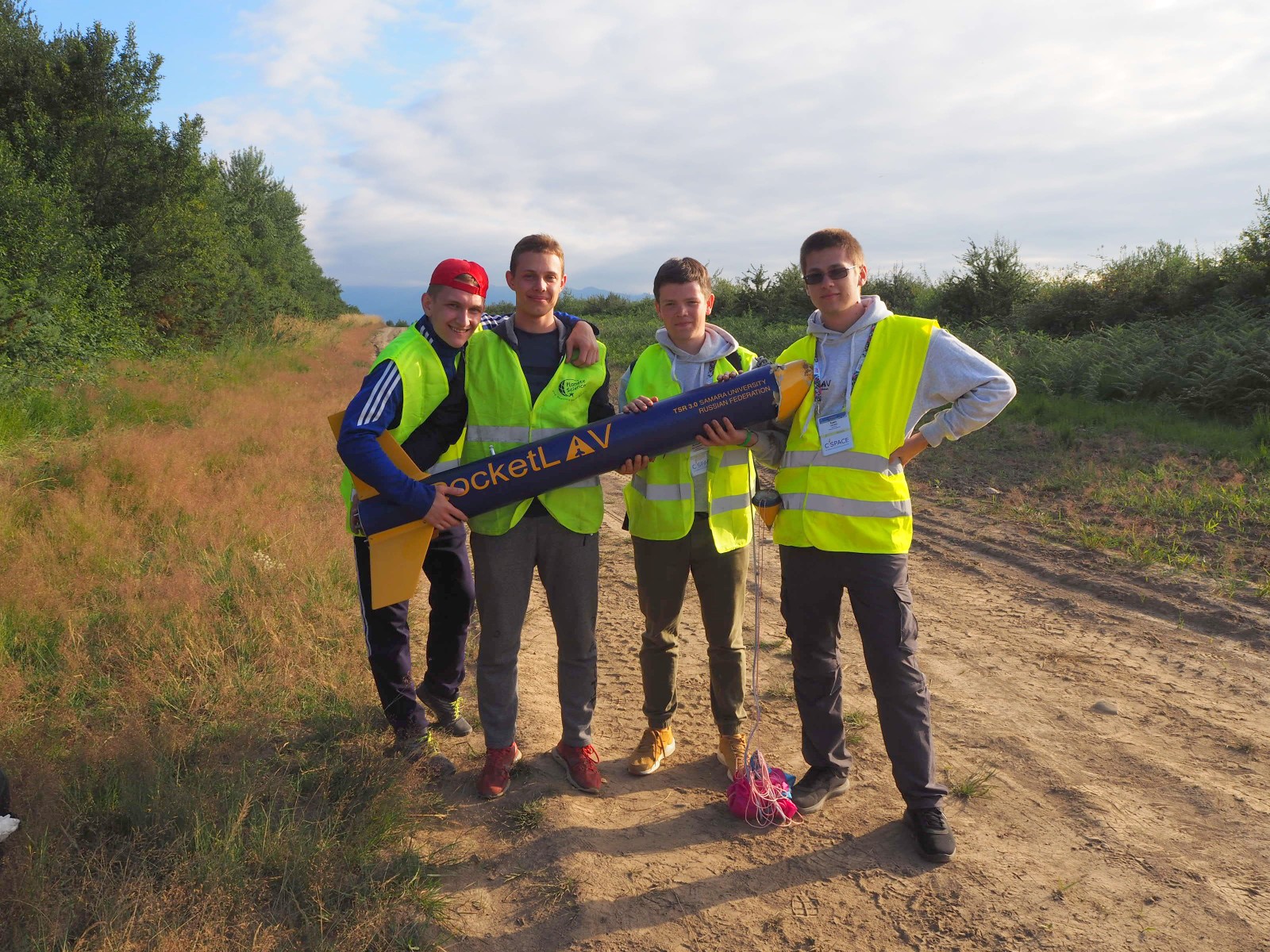 The experimental two-stage rocket TSR-3.0 is the next stage in the development of the project announced by Samara University students in 2018. The main difference of the 2019 model is the installation of engines at each stage of the rocket. Last year, the flight was carried out with the launch of only first-stage engine. This time the team managed to work out two stages.
The RocketLAV team successfully passed all the tests. All systems functioned properly – both during the tests, and later during the flight. The rocket orientation system built on an electron gyro coped with its task and the second stage engine igniter was successfully set on fire.
Thus, the event’s regulations were fulfilled, according to which the participants of the RocketLAV team were to carry out the flight using engines of both stages. To do this, the rocket had to take off twice: in the "test" mode –  with one engine, and then with the sequential launch of propulsion systems at each of the stages. However, for technical reasons, the second launch did not take place – the first stage landed gently, but far beyond the launching site. To build a new stage in such a short period of time was impossible. Nevertheless, the team managed to test the systems developed by them: control of the second stage engine launch, separation, telemetry.
The C’Space-2019 organizing committee noted that the project of Samara University students was the most difficult at the forum and its implementation was carried out at a decent level.
"On the one hand, we are very pleased that we were able to work out the tests and the flight successfully and to evaluate in action the systems we had developed. On the other hand, we did not manage to evacuate the first stage, which made a successful landing, and to carry out the second launch", – said Captain of the RocketLAV Samara University student design bureau Anton Poltoradnev. He also added that a new group of students was formed specifically for the implementation of the project, which during its work has become a cohesive team that has passed "baptism of fire". “The team is inspired by the experience gained and is ready to start working on a new project in the RocketLAV”, –  the captain of the student design bureau team concluded.
For reference:
C`Space is an international student teams competition for experimental rockets launching. The festival is supported by the National Centre for Space Studies of France (CNES) and annually brings together several hundreds of young engineers from Europe, Asia and South America who are passionate about designing of small rocket technology and atmospheric probes.
The traditional site of C’Space is the Camp de Ger testing ground of the 1st parachute hussar regiment not far from the French city of Tarbes.
Samara University students have been participating in this event since 2011, the projects are being implemented on the basis of Samara University Student Aircraft Model Design Bureau.
Share
Facebook Twitter VK Google+ OK