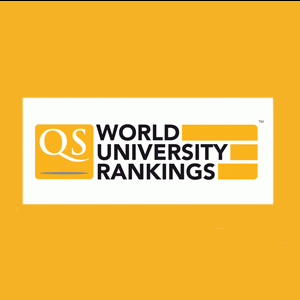 10.06.2020 2020-06-10 1970-01-01
Samara National Research University is consistently improving its position in the global QS World University Rankings. Over the past year, the university has risen by more than 50 positions and moved from the 651-700 group to 591-600 universities.
Vladimir Bogatyrev, Rector of Samara University, commented on this result:
Consistent and stable promotion in QS World University Rankings is a very important and significant achievement for Samara University. It is the result of systemic changes in the management of scientific and educational activities that we launched as part of Project 5-100 and the university development strategy formed by the supervisory board chaired by Governor Dmitry Azarov.
We should bear in mind that most of the leading scientific schools and educational practices of Samara University are inextricably linked with the strategic sectors of the national economy - aviation and space. For obvious reasons, for many years these areas remained closed to the international community. Just ten years ago we did not even think about joining international rankings, did not think that foreign scientists and teachers would work for us, did not think that we would open bilingual programs.
At the start, in 2013, we had to make serious efforts to adapt traditional scientific schools and leading educational practices to the conditions of the global market. As a result, the attitude of employees, their teaching style has changed, international projects and new areas of interdisciplinary research have appeared. Actually, the entry of Samara University into the 1000 best universities in the world according to QS was one of the first notable results of this work.
The key factor for further advancement was our policy of attracting foreign scientists and creation of new research groups and teams for conducting relevant research on the basis of Samara University. On the one hand we invited young promising researchers and teachers, and on the other hand we have scientists from the USA, Great Britain, and Germany whose Hirsch index varies from 21 to 52. Today, under the conditions of permanent labor contracts, Samara University employs more than 60 foreign citizens, as well as specialists with a PhD degree from a foreign university, most of them permanently residing in Samara.
The result of this work was the steady growth of most ratings. I would especially emphasize the academic reputation indicator and the citation growth of our publications, which according to the rating methodology this year amounted to 36% compared to the previous one.
At the same time, we understand that for further advancement in leading international rankings, we need new strategies that can ensure the accelerated development of our university. In this regard, we focus on the formation of an effective management team, digital transformation and the creation of fundamentally new scientific and educational structures in the greenfield format.
The results obtained in science and the commercialization of scientific research will help to implement the plans of the Samara Region Government to create a REC of world level and to bring the region to a leading position at the federal level.
For reference
QS World University Rankings (QS WUR) is one of the most respected university rankings on the planet. It is annually compiled by experts from the British company Quacquarelli Symonds. The main goal of QS WUR is to help students select leading universities around the world.
Participants in the rating are evaluated by a combination of indicators. First of all, this is the academic reputation of the university, citing the scientific work of the teaching staff by the international community, the share of foreign teachers and students in the university, the reputation of the university among employers, and the ratio of the faculty to the number of students.
Samara University first entered the global QS ranking in 2017. Then it was represented in the 800-1000 group. In 2018 Samara University was included in the 701-750 list of universities places. In 2019 it rose to the 651-700 group. In 2020, it became one of the best universities in the 591-600 range.
The QS WUR 2021 ranking includes 1002 universities in the world. Russia is represented by 28 universities. In addition to Moscow and St. Petersburg, the global ranking includes universities from 12 regions of the country, including the Samara National Research University (Samara region).
Share
Facebook Twitter VK Google+ OK