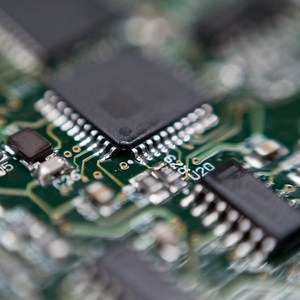 10.09.2020 2020-09-10 2020-09-09
Young scientists of the space research interuniversity department at Samara National Research University have come up with a new way to open nanosatellite antennas in space. The development will increase the reliability of the spacecraft communication with the Earth, and will also optimize the layout of the nanosatellite communication system. The antenna device, in which a new disclosure mechanism is involved, is part of the prototype of a unified control, navigation and communication complex for nanosatellites created by university scientists.
“According to statistics, an antenna device should be one of the most reliable devices, surpassing even an on-board computer, orientation system, etc. in its reliability. If the antenna device does not work in flight, there will be no communication with the satellite, which means that the value mission will be close to zero, "said Igor Lomaka, design engineer and post-graduate student at the Interuniversity Department of Space Research,.
According to him, at present a method based on the use of nichrome and nylon threads is used for deployment of antennas of nanosatellites. An antenna made of spring steel, rolled into an elastic spiral, is placed in a special compartment. This spiral is prevented from expanding by the flap of the compartment held by a nylon thread, which in turn is in contact with a nichrome thread, which heats up when an electric current passes through it. When a signal is given to open the antenna, the nichrome thread heats up from the current passing through it and melts the nylon thread. The shutter of the compartment is released and opens under the pressure of the antenna spiral, releasing a deployable antenna.
“This design has a number of drawbacks - and above all, its poor vibration resistance: a nylon thread can rub against a nichrome thread or other parts of the structure during startup. The threads are quite thin, which significantly reduces reliability. Therefore, we came up with a different approach - the new version of the antenna device uses a disclosure mechanism based on the Rose alloy," said Igor Lomaka.
The Rose alloy consists of tin, lead and bismuth, it already melts at a temperature of 94°C and is used as a low-melting solder, as well as in fuses.
“We use this alloy as an analogue of the nylon thread that is burned in the old version of the mechanism. That is, our design has a heater with a resistor inside. Voltage is applied to the resistor, it heats the Rose alloy, and the metal part that holds the sash is soldered then the flap opens and releases the antenna, "said the design engineer.
According to Igor Lomaka, such antenna mechanism design is very convenient for experimental testing and testing of satellite systems on Earth, since it allows you to not carry out complex manipulations with the thread. In addition, it will now be possible to easily check whether the antenna compartment has opened in orbit - when the Rose alloy is heated and the metal “fastener” is removed, the electric circuit will open and a signal will be sent to Earth.
"This device is much more resistant to the powerful vibrational stresses that the satellite is subjected to when launching the vehicle. We also managed to almost halve the area occupied by the details of the disclosure mechanism, which will optimize the layout of the communication system," said Igor Lomaka.
Share
Facebook Twitter VK OK