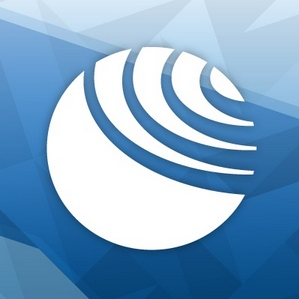 The novel device was designed by scientists of Samara University

30.11.2020 2020-11-30 2020-12-21
The novel design of a highly sensitive sensor to detect leaks of explosive and toxic gases was developed by scientists of Samara National Research University (Samara University). The specialists expect the new device will be manufactured and widely used for safety control at enterprises. The findings of research project were published in  Applied Optics journal.
Scientists of Samara University have managed to achieve high sensitivity of the sensor for detecting flammable and toxic gases. This became possible due to the combination of conventional comb and slotted waveguides in one device, experts said.
According to the developers, infrared sensors for explosive and toxic gases are widely used to monitor production and labor protection at industrial and other hazardous facilities, where it is important to detect a leak in time. As noted by experts, the problem of increasing the sensitivity of sensors to detect low concentrations of such gases remains.
The infrared gas sensors register a gas leak using a special beam. Modern sensors release it through an opening in a comb-shaped waveguide, with the sensor’s core blocking the access to light. The beam of such a sensor is insufficient for analyzing the composition of air in particular premises, since its interaction with the environment is quite weak. As a result, the sensitivity of the device remains relatively low.
In their study, the research team managed to show that using a slotted waveguide, where the light is guided by two plates, can significantly increase the sensor's sensitivity to gas content in the air, since the sensor’s radiation is concentrated in the slot.
“The focused light in the airspace allows the beam to interact directly with the gas if it is present in the room. This happens as the light collides with considerable distortions in the electric field, and the refractive indices between the waveguide plates and the air in the room differ considerably,” says Muhammad Ali Butt, Senior Researcher at the Department of Technical Cybernetics at Samara University.
The effectiveness of the device, according to the research team, was demonstrated in the process of detecting the presence of methane. However, the new device, like other sensors, can be configured to detect different gases. To do that, the user should simply choose the appropriate wavelength.
The authors of the study said that the new sensor design is based on a technology that is already being used in industrial applications. In these devices, a conventional comb waveguide passes the light through a special segment onto a slotted waveguide made of silicon. In their opinion, this technology will help bring down the cost of large-scale production of these sensors.
As of right now, the research team continues looking for more promising methods of developing gas sensors of different applications. For instance, the sensor can be installed on unmanned air drones (UADs), including stratospheric UADs, to facilitate easier detection of greenhouse gases (such as methane) in the atmosphere.
Source: ria.ru
Share
VK OK