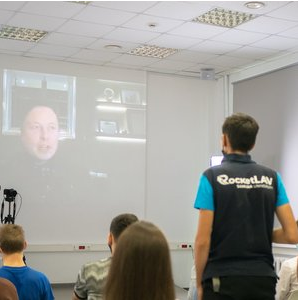 21.05.2021 2021-05-21 2021-05-25
On Friday 21 May, Moscow continues to host Novoe Znanie (New Knowledge) three-day large-scale educational marathon. Its speakers are first-line personalities from politics, culture and science. Today one of the marathon’s guests is Elon Musk, American businessman, founder of SpaceX and Tesla. He connected with the marathon’s audience via webcast. Dmitry Peskov, Presidential Press Secretary introduced the founder of SpaceX and Tesla to the Russian student community.
"Elon, these are Russian young people, the future of our nation. They love learning and are overjoyed to speak with you", - Peskov said to Musk. 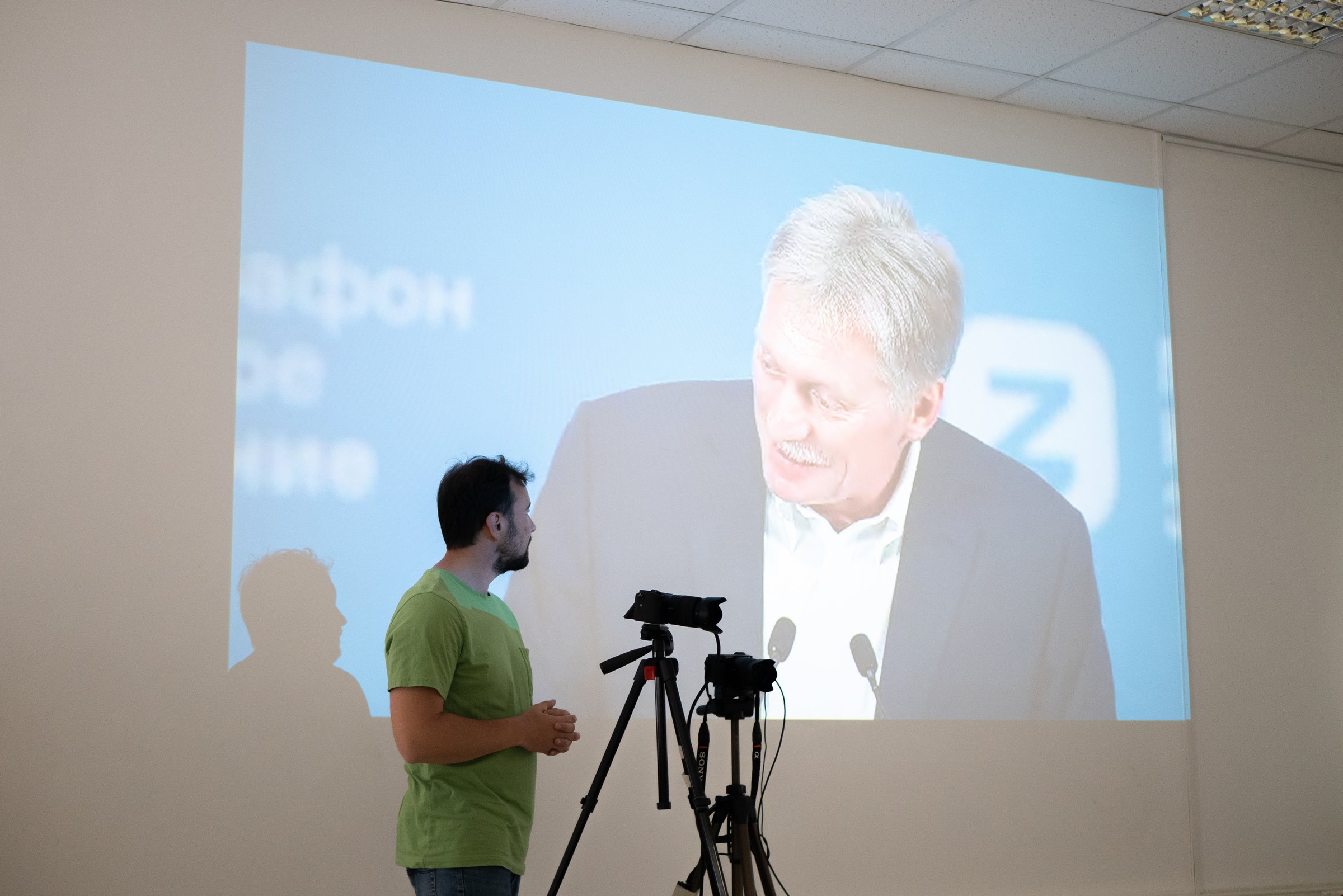 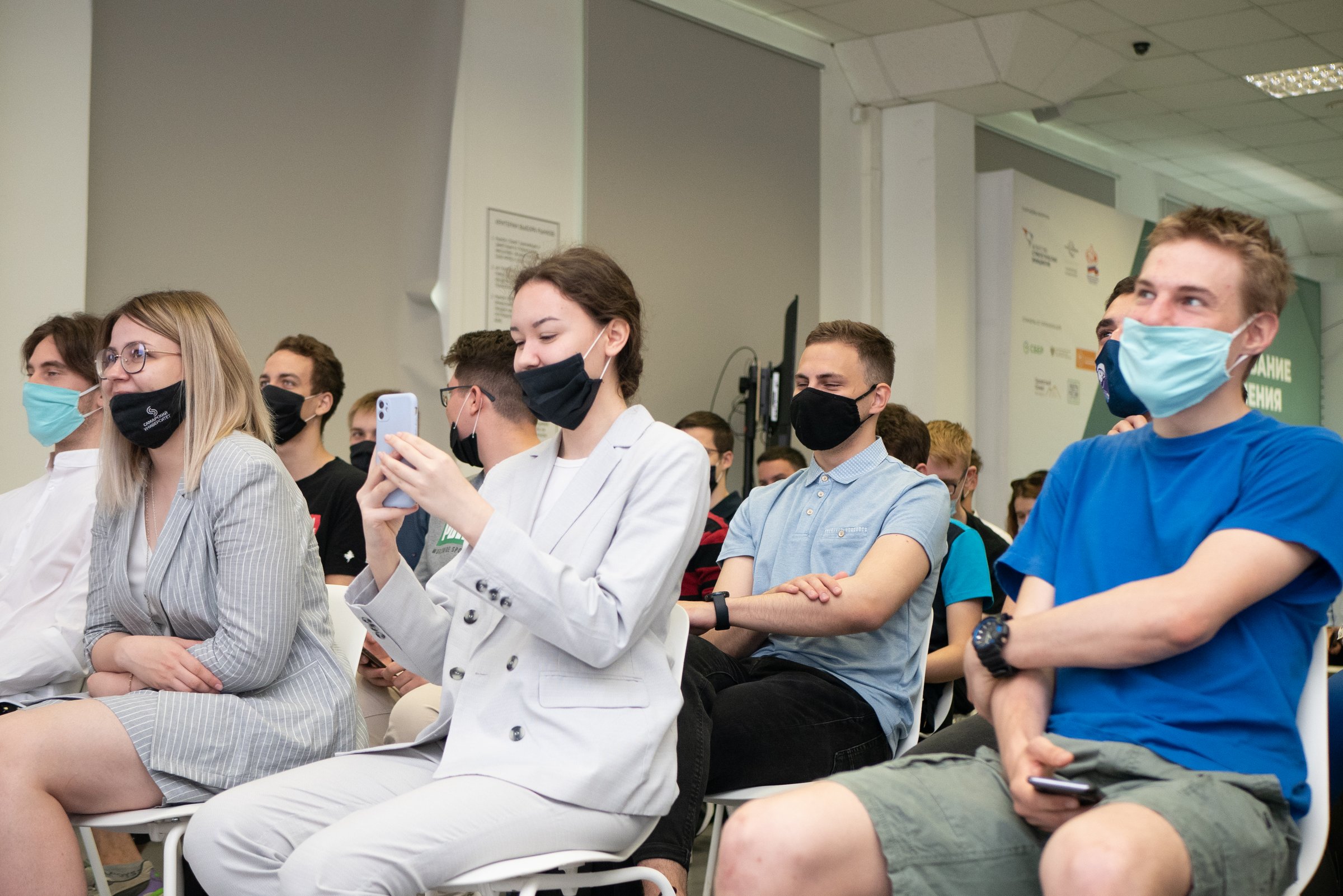 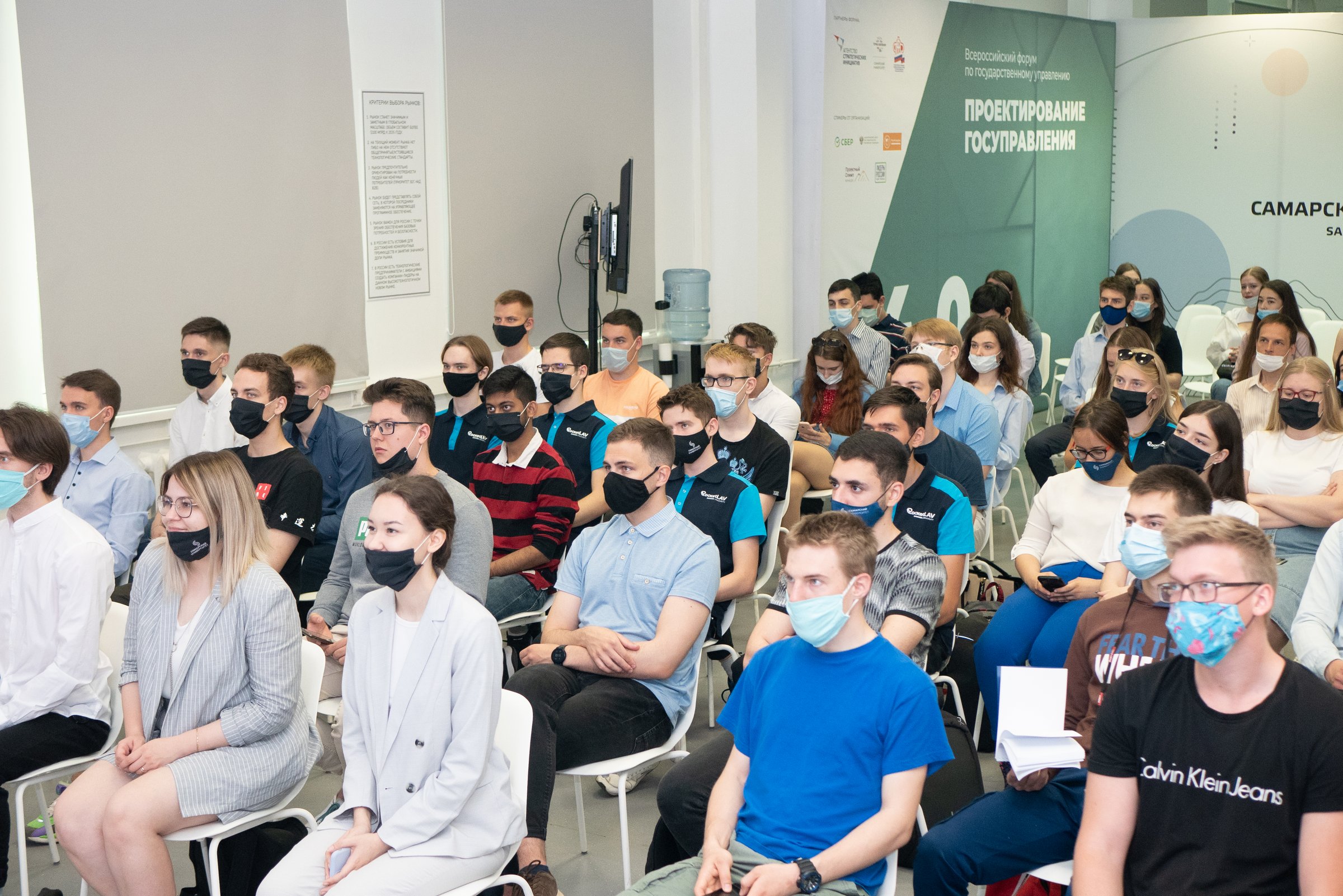 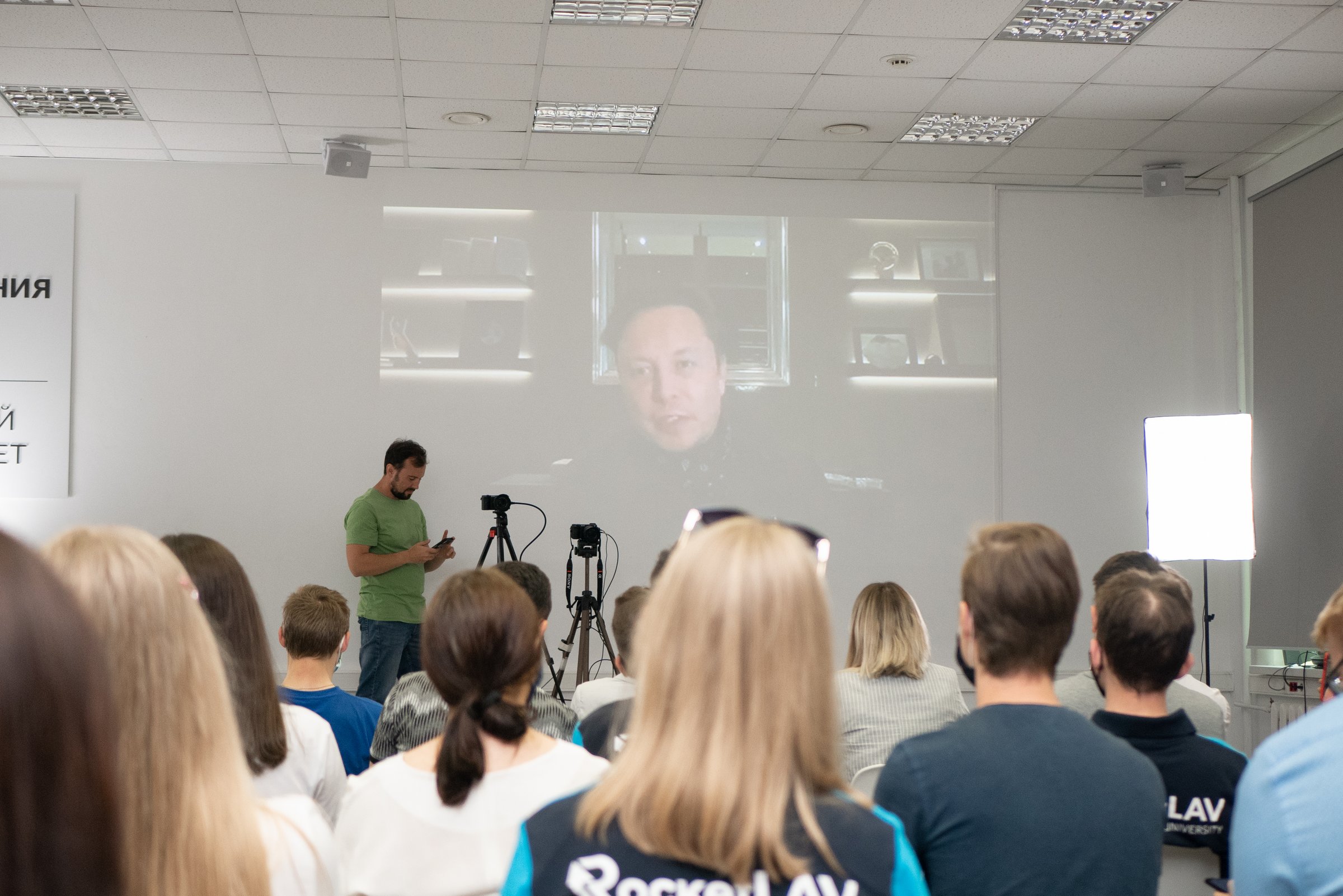 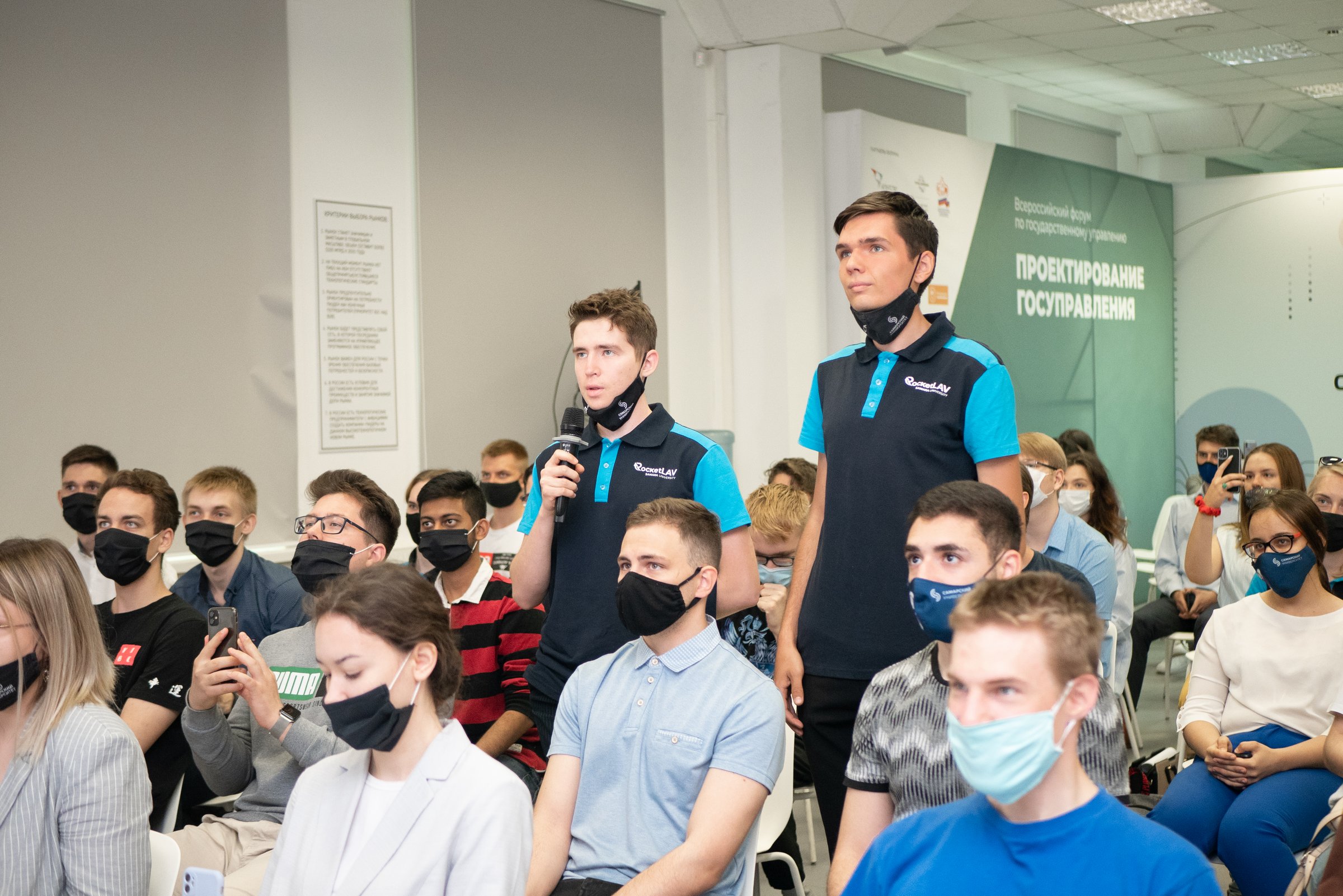 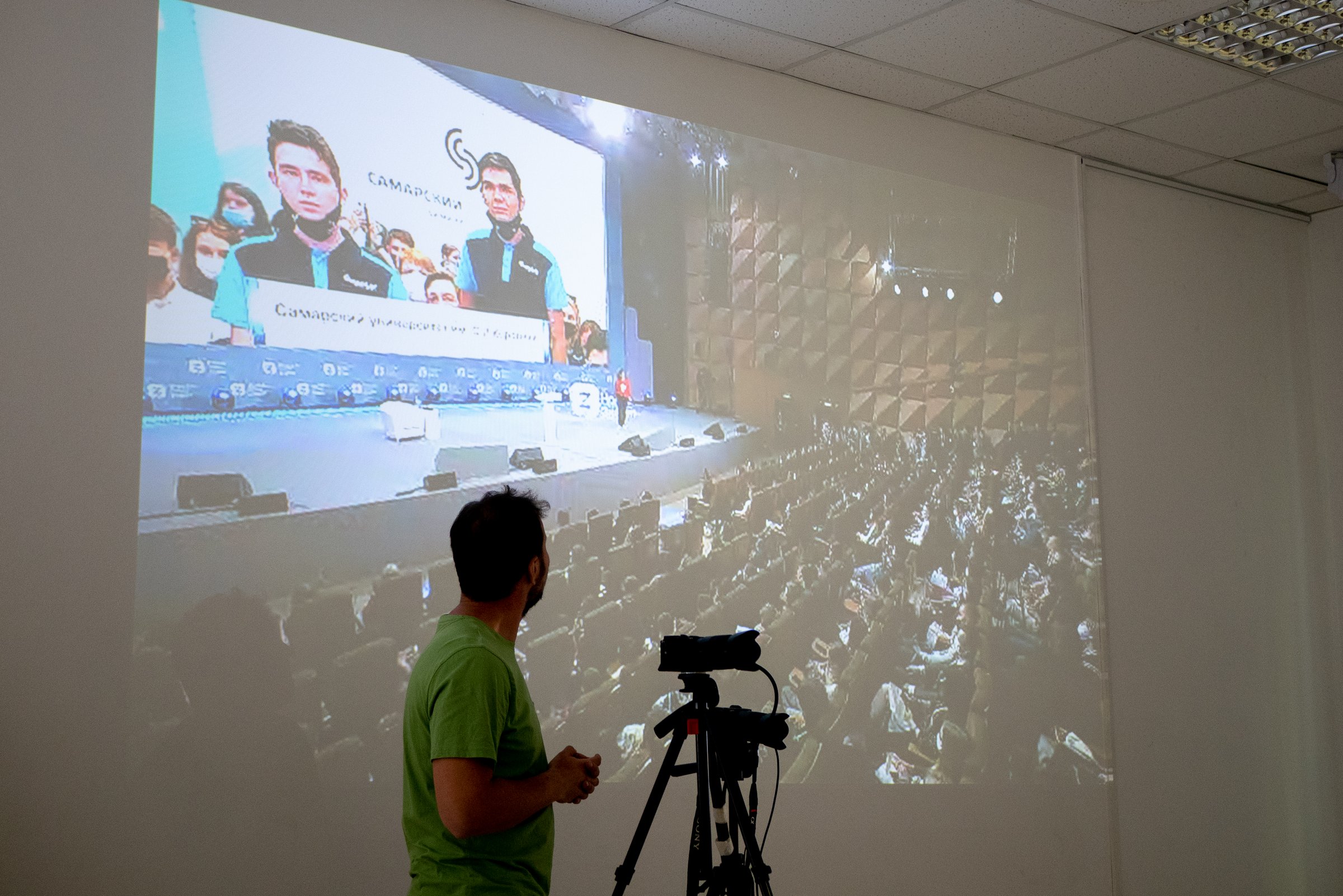 One of the first questions to SpaceX founder was asked by the students of Samara National Research University – members of RocketLAV student design bureau Danil Gavrilov and Daniil Velmozhin. Young people used English language to share that RocketLAV is engaged in design of experimental rocket models and launches them from aerodromes in Russia and С’Space forum in France. The students asked about Elon Musk’s attitude to student teams involved in experimental rocket engineering in the US.
"We know that many American universities and schools have strong teams engaged in design of amateur rocket models. Do you know any of these teams, and do you support them?" - asked 2nd year student Daniil Velmozhin.
Elon Musk answered that he knew there were such teams and startups engaged in development of carrier rockets.
"The US has many student teams developing experimental rockets. They are the foundation for emergence of new rocket engineering startups. It is, I think, relatively easy to get to space but hard to get to orbit. Actually I have great respect for anyone who can get to orbit, that is a very difficult thing. When we are looking for people at SpaceX, we look at such teams", - Musk said.
In his conversation with the Russian students, Elon Musk also mentioned that SpaceX main assembly hall is named after designer Sergey Korolev. Samara National Research University also bears the name of the great designer.
Elon admitted that Russia has a "creative technology history" and confessed that he "admires achievements of Russia and the USSR".
In conclusion of the meeting with the Russian students, SpaceX founder thanked them for the conversation.
RocketLAV is a student design bureau of experimental rockets (SDB) under the Samara University whose members are engaged in the creation of light experimental rockets from composite materials.
The SDB of the Samara University has been a permanent and only Russian participant of the student forum for launching student rockets at the C`Space International Forum in France since 2011. Every year, this festival brings together several hundred young engineers from Europe, Asia, and South America who are passionate about designing small rocket technology and atmospheric probes. Samara students are the only representatives of Russia in this competition. Projects are being implemented at the site of the aviation modeling student design bureau (SDB-4).
In 2018, young Samara engineers were awarded the first prize of CNES, the national space agency of France, for the successful launch of a two-stage experimental rocket of their own design. In November 2019, RocketLAV team was recognized as the best student design bureau in Russia. In December of the same year, a project by RocketLAV became a laureate of a French prize in the field of space and industry (Prix de Espace en Industrie-2019).
New Knowledge three-day large-scale educational marathon is held by Znanie (Knowledge) scientific society. It takes place from 20 to 22 May in eight Russian cities: Moscow, St. Petersburg, Kazan, Nizhny Novgorod, Sochi, Vladivostok, Novosibirsk and Kaliningrad. Its viewer audience potentially accounts for over 5 million people in total. The educational marathon will include discussions, lectures, interviews and workshops with personalities from politics, culture and science.
Znanie Russian society is a non-governmental non-profit organization acting since 2016. The organization is engaged in educational activities in the regions, develops intellectual content, organizes and holds free lectures and various events in the field of upbringing, social support and social protection of students, children under wardship of educational institutions and the elderly people. Regional departments of the society act in 85 constituent territories of the Russian Federation, including the Samara Oblast.
Samara University professor, Doctor of Philosophy Ilya Demin is the chairman of the regional department of the society.
Photo: Maria Lukienko